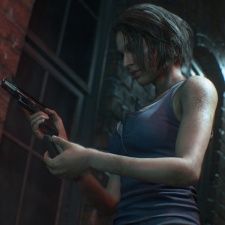 Japanese games giant Capcom has revealed that Resident Evil 3 has sold more than five million copies since its release.

In a note to investors, the firm said that the title had hit this sales milestone due to "positive reviews and digital promotions" resulting in a "steady growth of sales". The remake of Resident Evil 3: Nemesis has shifted three million copies since April 2020, at which point the title had sold more than two million units.

"The new Resident Evil 3 is a reimagining of the 1999 release of Resident Evil 3: Nemesis, incorporating the latest technology and leveraging Capcom’s proprietary RE Engine to deliver fresh gameplay experiences for both new fans and those who enjoyed the original," Capcom wrote.

"In addition to winning an Award for Excellence in the Games of the Year Division of the Japan Game Awards: 2021 at Tokyo Game Show 2021 Online last year and garnering positive reviews from fans, the game’s user base steadily grew, driven by a digital promotion strategy that incorporated ongoing pricing measures and a focus on sales of the PC version, leading cumulative global shipments of the game to surpass five million units."