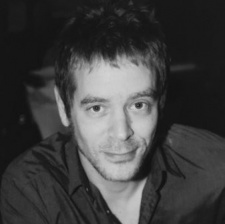 Like many Japanese companies, it's felt that Capcom has had a hard time figuring out what to do in the modern games market.

In the last few six years, there have been ill-received Western reboots of beloved franchises - DMC: Devil May Cry back in 2013 - team-based multiplayer games - Resident Evil: Umbrella Corps from 2016 - and esports-centric fighting games that failed to get off the ground - Street Fighter V that same year.

But it's fair to say that all of that changed more recently. Every single year since 2017 has had a stone cold Capcom hit with Resident Evil 7 that year and Monster Hunter World in 2018. Already this year, we have two critically acclaimed games in the Resident Evil 2 remake and the recently-released Devil May Cry 5.

"The mix of new key releases such as Monster Hunter World, Resident Evil 2, Devil May Cry 5 and our back catalogue titles is highly successful. We have also taken a more pro-active approach with PC specific marketing spend, trying to understand our audience, where they are and what they like. And finally, we have good and close relationships with most PC games distribution platforms."

Monster Hunter World sold 12m copies during 2018, making it the company’s most successful single game by some margin. Why do you think this title in particular sold so well?

"I remember, probably around five years ago, sitting with the development team, when that project wasn’t greenlit yet and in its infancy," Molant says.

"We promised them, should the right Monster Hunter game come at the right time and on the right platforms, that we’d finally crack the western market, and take risks on the marketing side to sell high numbers. It might have helped a bit during the greenlight process afterwards.

"It’s basically a title with tremendous quality and depth, retaining its Japanese roots but appealing to a western audience, and part of a highly successful genre."

Launching on PC also helped Capcom boost its overall sales for Monster Hunter World in Europe due to the number of regions for whom this is their go-to.

"It helped a lot boosting the overall performance," Molant says.

"While we always try to treat our various audiences the same way, the MHW console versions were the lead platforms, and PC had to be released at a later date. This actually helped as the PC version has had its own window for promotion, PR, marketing. Some countries like Germany or Russia also performed extremely well on the PC front. All of this really increased our success in Europe."

Moving on from success to another; Resident Evil 2 launched in January 2019 and saw a franchise record for concurrent players on Steam around its launch.

"We felt it coming, as we stayed, for a few weeks prior to launch, as the most wanted title on the platform," Molant admits.

"We know exactly which countries have the highest brand penetration on Resident Evil, and some of them are very PC-friendly. It was a perfect match."

This isn't the first time that Capcom has decided to launch a game earlier in the year. In fact, this is often when Japanese publisher has opted to release some of its flagship IP.

There are considerable advantages to this; for one, marketing will cost far less than launching in the chaotic end-of-year rush. But more publishers are opting to launch their games away from the busy Christmas period.

"Ultimately it is a risk-reward decision," Molant says.

"There are potentially more sales in the September-to-December period, but also more competition for physical or digital shelves, and very high advertising costs. We’ve owned the Q1 calendar window for quite some time and for us it worked perfectly. We know we won’t be the only ones each year and are absolutely fine with that. Already this year, partly because of the Rockstar juggernaut [Red Dead Redemption 2], Q1 was way busier. This didn’t stop us to have two extremely successful launches. Ultimately it is about having a good product that your audience want, and realistic expectations."

Asked what has changed at Capcom to facilitate the success it is having on PC, Molant says that giving this platform the love it deserves is essential.

Development and marketing focused specifically on the PC format, making sure the PC versions of our games "were up to PC players standards, and tailoring our message to them," he says.

"It’s all about knowing who you are talking to and meeting their expectations."

That being said, the company hasn't always had the best time on PC. But the marketing boss says that it has learnt from its past mistakes.

"Make sure you know where your audience is," he explains.

"You can advertise and promote your game broadly, across all formats, but specifically talking to PC players, and knowing where to find them will really make a difference."

It's fair to say that Capcom has had a good start to 2019 with two heavy hits under its belt. Molant isn't able to go into specifics, but the marketing director says that there is more to come - on top of expansion Monster Hunter World Iceborne, which is set to release in autumn 2019.

"There is also more to come that I’m not allowed to discuss yet, if you want another interview with me on behalf of Capcom in the future

"Our job is to deliver games, worlds that players enjoy, and spend time with. It doesn’t mean we will always hit the mark, but with a humble yet ambitious approach, we believe we can keep doing just that for many years to come."