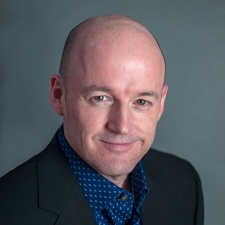 The 24-year vet revealed that he was moving on via Twitter (below), saying that he would be leaving following Quakecon, which is taking place between Thursday, July 25th and Sunday, July 28th.

The studio director hasn't revealed where he is off to just yet, though if he ended up at Epic Games alongside Respawn co-founder Jason West and Guerrilla and Boss Key vet Arjan Brussee we wouldn't be shocked.

Willits joined Id in 1995 having previously worked on Doom levels in his spare time. He was initially a level designer, working on Ultimate Doom, Strife and the first three Quake games in this role. With 2004's Doom 3 he was promoted to lead designer, moving up once again to executive producer with Quake 4 the following year.

The development vet is credited as a creative director for Quake Live, which launched in 2010, before ascending to the role of studio director before the launch of the original Rage in 2011.

PCGamesInsider.biz caught up with Willits at Gamescom 2018 to discuss Id's collaboration with Avalanche for Rage 2. Due to both that title and Doom Eternal launching in 2019, the development vet declared it "the Year of Id".

After 24 years, I’ve decided to leave id Software after QuakeCon. I’ve been extremely lucky to work with the best people in the industry on truly amazing games. QuakeCon has been an unbelievable part of my journey and I look forward to seeing everyone at the Gaylord Texan. pic.twitter.com/shX5H441py