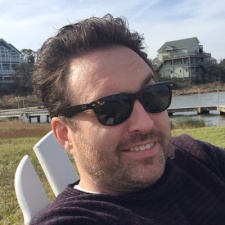 Announced via Twitter (below), Brussee says his return to the Unreal Engine maker after two decades is to work on an "exciting secret project".

Brussee founded Boss Key with development legend Cliff Bleszinski in 2014. Prior to that he co-founded Killzone studio Guerrilla Games in 2003, and went on to work at EA between 2012 and 2014 in a producer role. He also worked at as an external lead programmer between 1993 and 1997.

Boss Key's debut title LawBreakers rolling out in August. That game has had a less-than-stellar start; SteamSpy pegs the title's owners at in the region of 77,000, with just 3,200 players in the last week.

Boss Key has been open about the title's failings, but has attempted to breathe new life into the property. So far, it seems this has had little impact. Whether this title's performance has had any influence on Brussee's decision is unclear.

Big News .... I'm leaving @bosskey and will return to @EpicGames after 20 years (!) to work on an exciting secret project, stay tuned! @TimSweeneyEpic @MarkRein

We spoke to Bleszinski ahead of LawBreaker's launch to see why the studio dropped the free-to-play business model and where the game fits in the current shooter landscape.