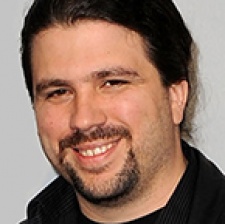 One of the founders from Titanfall maker Respawn Entertainment has joined Fortnite maker Epic Games.

That's according to industry personality Geoff Keighley, who broke the news via Twitter (below) on Friday, April 12th, saying that the Respawn vet had joined the development team at Epic.

This news was confirmed by Variety, with the Unreal Engine firm restating that West is "contributing to Epic's development efforts".

It's possible that West will be working on the same secret project that Guerrilla Games and Boss Key vet Arjan Brussee joined Epic to develop.

West founded Respawn with Vince Zampella in April 2010 after being very publicly and quickly fired from the studio they had created in 2001, Infinity Ward, by publishing giant Activision Blizzard in March 2010. This was apparently over breach of contract and "insubordination". West and Zampella sued Activision for wrongful termination, with the publisher counter-suing over allegations the developers were planning on poaching Infinity Ward staff.

West left Respawn in March 2013. Joining Epic is the first role that he has held in the games industry since departing that studio six years ago.

Zampella said upon West leaving Respawn that he had left "to take care of some family issues".

Some game industry scoop: @EpicGames has quietly hired Jason West, @InfinityWard and @Respawn co-founder, to work on its game development efforts. From what I hear West, who lives in North Carolina, has been in the office for about a month. pic.twitter.com/nhR0zPq0mB