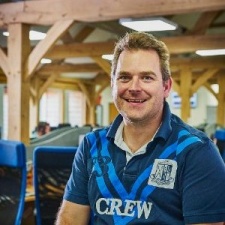 After nearly three years at GAME, Craig Fletcher is departing the UK High Street retailer at the end of December.

Fletcher joined the firm as part of GAME's £20m acquisition of the esports, events and digital infrastructure business back in 2015. The following year he was promoted to SVP of esports.

He, and Multiplay's esports and events side of things, became central to GAME's plans of transforming its stores from being straight retail portals to being destinations - special Belong stores - that consumers can go to to watch esports, take part in tournaments or just hang out. He co-founded Multiplay in 1997.

Fletcher isn't 100 per cent gone from GAME, however, with the announcement saying he will continue to support the firm's aspirations in esports and events beyond his tenure at the company, which suggests some sort of consultant role.

He will be replaced by the head of Belong, Andy Dopson, whose new title will be head of esports and Belong.

“I’d like to personally say a massive than kyou to Craig for the energy, fun and vision he has brought to our business, and of course for the support and friendship that will continue way beyond today," CEO Martyn Gibbs said.

GAME sold Multiplay's digital business to Unity for £19m at the end November. We spoke to the firm's head of digital solutions to find out a bit more about the deal.