Why did Unity buy Multiplay's digital business for £19m? 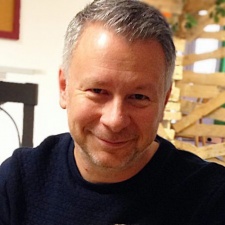 We caught up Multiplay's director of digital solutions Paul Manuel to find out how this deal came about and what it means for both companies.

How did this deal come about?
It's always been a consideration that Multiplay's hosting division could be sold at some point. It's an option that myself and CEO Martyn Gibbs had tabled a few times. In March of this year we decided to push ahead with these plans. It's a move that we all fully supported. It was mutually beneficial to both parties and made perfect strategic sense.

Why did you sign this deal? What’s the benefit for both of you?
Like Unity, the core of what the Multiplay team does is build tech tools to solve difficult problems. In our case it's solving the scaling demands of infrastructure behind online multiplayer games in the most reliable and cost-efficient way. Providing online gamers with an exceptional experience is our passion. This fits perfectly with Unity as its core principals are to democratise game development and solve difficult problems for game developers. Multiplay and Unity's missions are so similar it made them the perfect partner to fuel our future growth.

GAME bought Multiplay for £20m in 2015 - both the digital arm, and the esports and events side of things. It then sold half of it for £19m two-and-a-half years later. Why was the deal worth so much?
Multiplay's hosting division has grown significantly in that time, particular our enterprise services. Our servers power games such as Titanfall 2, Rocket League, Killing Floor and more triple-A titles we are unable to mention. Our hybrid approach blends a global footprint of bare metal which seamlessly bursts into multiple clouds such as Amazon Web Services and Google Cloud to meet player demand. Our specialist technology and experience in such a valuable vertical as gaming was seen as highly attractive to a number of prospective buyers. For us, Unity was the best fit.

In practical terms, what does this deal signify? Will Multiplay servers be an option for developers using Unity tech?
Multiplay will continue to host and support all multiplayer games regardless of which engine it's built upon. There is no intention to change that approach. Undoubtedly, however, we will be working closely with Unity to see how we can massively simplify the networking and hosting aspect of building a multiplayer title on Unity. That has to be the end game.

Will Multiplay continue to host titles such as Titanfall 2 and Day Z?
Yes. There will be no change to or impact on our existing customers. Nor will it limit who we will work with in the future.

In the announcement, GAME says that Multiplay made a pre-tax loss of £800,000 due to investment in tech. Are you able to shed any light as to what this is?
In the last couple of years, we have invested heavily in both core infrastructure as well as the application layer that enables our scaling platform to perform at massive scale. We have also worked incredibly hard to establish ourselves in the market as a highly credible option to fully outsource the infrastructure and live operations of your game. Losses are acceptable provided they are planned and part of the longer term strategy. That is the case here.

Moving forward, what’s the ambition for both of your companies?
Unity opens up phenomenal growth opportunities for Multiplay. We provide a global 24/7 operation which, to date, has been serviced solely from our UK office. Now, as a result of being part of Unity, we instantly nearly 30 offices worldwide. This will easily enable us to put feet on the ground quickly in any corner of the world. Multiplay's ambition is to establish ourselves as the world leader in game server hosting, so being part of Unity firmly places that ambition within reach.