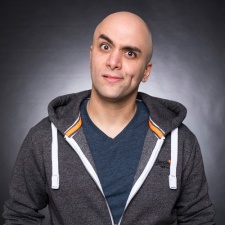 To say that Riot Games had a bad 2018 is hugely understating it.

The LA-based League of Legends maker came under fire in August 2018 after a comprehensive report from Kotaku exposed a toxic and wildly unprofessional working culture where sexism, homophobia and racism appeared commonplace.

The developer never denied these allegations, instead talking publicly and repeatedly that it was working to change. It's even decided to sponsor a Women in Games France esports incubator, trying to rehabilitate its toxic image.

It's too early to say whether RIot is actually changing or simply just putting out positive PR messaging in the hope we all forget about the matter. The fact that the firm has hired Frances Frei, fresh from fixing the toxic working culture at transport platform Uber, to help turn things around is certainly one sign that this is all legit.

But Riot wants us to know that the changes being made are across the board.

Speaking to PCGamesInsider.biz at PC Connects London 2019, the firm's UK head of esports Mo Fadl said that the company was looking to make pro-gaming as a whole more inclusive, as well as hoping to grow the UK esports scene.

This comes as game maker announced a new regional competition called UK League Championship (UKLC), a tournament that the esports boss says is partly about fulfilling the promises it has made about changing.

"The last few months, the internal focus of everyone - the product teams, publishing, the C-level - has been tackling [Riot's working culture]," Fadl said.

"We have to live up to our promise. It became the highest priority for the business. We knew we had to be honest with ourselves; let's open up. It's a real transformation; being honest about the culture, the mindset, the industry and how we have to change, to be honest, with our partners."

Now more than ever we have to show that we stand up and are critical of ourselves, that we've made a transformation and that we're living up to the promise we have given

The esports community has - stereotypically - featured a great deal of homophobia, sexism and racism.

At least that's the perception from the outside looking in; it's a culture that isn't a million miles away from what was depicted in reporting on Riot's office environment. And Fadl says that the pro-games community needs to be more inclusive going forward, too. As well as helping grow the UK esports scene, the UKLC is planned to be a more welcoming environment than what we've seen from the pro-games sector in the past.

"It has to be. It simply has to be," Fadl insists.

"The big difference when we talk about esports is that I always say that it is more than a sport. We are gamers. We're not bound by sports rules, nationality, sex, gender, religion, skin colour... none of that should matter. Now more than ever we have to show that we stand up and are critical of ourselves, that we've made a transformation and that we're living up to the promise we have given."

That all sounds very positive PR messaging. Pressed on how exactly Riot is going to be turning things around, Fadl says that the plan is to lead by example.

"It's easy to point the finger at others but you need to start with yourselves," he says.

"You lead by example. That's very important for us. But we're also working with Twitch and YouTube. Our teams and players are consistently checked and understand what they should do, what their focus is. It's important for us that the new brands like UKLC stand for inclusivity, for entertainment.

"The teams who are now part of it had training with us and they understand that this is the brand that they are participating with. This is who we are. If you join us, you join the cause to bring us together. We don't care about gender, sexual orientation; all we care about is us being together. There's a big commitment with the team and players who have been training with us. This is a promise and we want to deliver on it."

Another story about Riot that surprised people in 2018 was that the company hasn't turned a profit on its esports activity. Well, it hasn't directly; League of Legends benefits from the exposure, attracting more users and therefore revenue, so the investment in pro-gaming around its hit MOBA is more of a marketing spend.

There's certainly an argument, however, that the illusion of companies with games - like Riot - being wildly successful in the space has given other companies entering the esports sector financial expectations that they just can't realise.

"But esports is a part of our culture, our game. Our players love it. It's part of the experience. Players play it and they see their fans at the start playing as well. It's a package. But direct revenue doesn't happen. It used to happen, for sure, but we are the last to get a piece of the proceeds. Partners, teams, players, infrastructure, platforms... once everyone else is done, what is left - if anything - it's a publisher. But on the other side, we get the exposure, the story. We've made a universe about who we are. It's our sport. And this has a massive value for us to play to the community."

Though esports hasn't been profitable for Riot just yet, Fadl doesn't see a future where this business never turns a profit - largely due to the long-term influence of the audience shifts we've seen in the last few years.

"Absolutely yes, [esports will be profitable for us]. The market is evolving and changing more and more through technology. Millennials are consuming content mainly on Twitch and YouTube. They're watching streamers, games content and esports... esports is part of the whole experience," he says.

"With millennials getting older, the audience is already growing. They have income and are financially secure to spend. They have jobs. They will become parents. But they're still gamers, they still watch what they know and they spend rather generously."

He continues: "Millenials and the generations after have grown up with these platforms. To be on these platforms, you have to be a streamer or an esports brand - very simple - to be relevant and endemic. Those platforms are only going to get bigger. Platforms like Twitch, YouTube, Facebook Live will only grow. Maybe a new platform could replace them, and we'll say the same."

Being critical and - most importantly - honest with yourself is vital. The biggest danger here is that we lie to ourselves and live in our bubble. We want to give the right promise and expectation to our players for the next game

One of the longest-running industry jokes about Riot Games was that it only had one game; it hadn't earnt that the right to have 'games' plural in its name. But that is changing with the firm announcing that it is working on a new project.

While a publisher operating more than one game is far from uncommon, Riot has been solely focused on League of Legends for almost ten years now. So how is the LA-based firm scaling to manage two projects simultaneously?

"It's not unique," Fadl explains.

"I've worked at companies Blizzard, NCSoft and Wargaming in the past. The challenges are always the same: you need a strong game that everyone supports. The whole structure is built around one game and then you transform into a multi-product organisation. It's hard. It takes time, strong leadership and a clear vision. We are doing this right now. We're going through this process as we speak. If it goes flawlessly, that'll be a first.

"Being critical and - most importantly - honest with yourself is vital. The biggest danger here is that we lie to ourselves and live in our bubble. It's hard to say if we're inside if we're in a bubble, but actually, we are very critical. The key thing for us is that we want to give the right promise and expectation to our players for the next game."

All of this ties into the narrative that Riot is building; that as a company it is looking at itself and what it stands for.

"What happened in the last few months, it's a very good wake up call to realise that we need to be honest with ourselves," Fadl says.

"Who are we in our culture? Our vision? Our organisation? This was a wake-up call. We had to change. We change and roundup our fort. We have to be better. This is something that our corporate leadership team has the ultimate goal of stepping back from ourselves and the organisation."

Since August, Riot has spoken a great deal about how it is changing as a company. The story it wants to tell about improving and changing is woven through the answers given in this interview and much of what it is doing publicly right now.

There's no telling whether this is just positive PR messaging or if the LA games studio is actually changing. But at this point, Riot is weaving this narrative into so much of what it is doing that if it fails to live up to the promise, there's going to be absolute hell to pay.