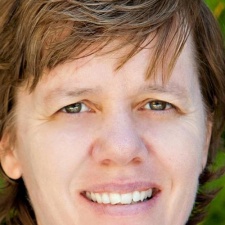 League of Legends maker Riot has announced the creation of a "culture strike team" with Uber vet Frances Frei at the helm.

In a post on the company's blog, the firm said that Frei had come on board as a senior advisor to the aforementioned group, as well as its exec team.

Frei will be meeting with employees from around the world to educate.

Frei joined Uber in June 2017 to help turn around that company's famously toxic working environment. She left this role in February of this year.

On top of her work with Riot, Frei is starting an organisation to help build inclusive exec teams called The Leadership Consortium.

“After spending time with Riot’s leadership and many others across the organization, it became clear that Riot is truly putting everything on the table and committing to evolving its culture. In my interactions with Rioters, I’ve seen extraordinary levels of engagement on these issues across the company," she said.

"Every Rioter with whom I’ve met truly cares about inclusion, which means real change is possible. Riot isn’t interested simply in fixing problems on the surface, it has the ambition to be an industry leader and to provide a roadmap for others to follow. I share that ambition and am eager to help Riot navigate this process.”

This follows a month of what can only be described as disastrous PR for Riot. An exposé from Kotaku outed the company's toxic and sexist working culture.

The firm responded to the piece, not denying any of the accusations but saying it wanted to improve. At the end of August, the League of Legends maker outlined how it was going to be changing its working culture.

This was before a bafflingly controversial panel at PAX West featuring women and non-binaries that angry people on the internet deemed to be sexist towards men. Two employees from the firm engaged with this ridiculous discourse and lost their jobs shortly after.