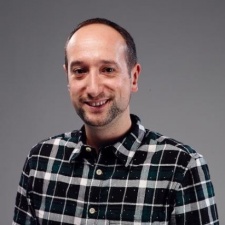 In August of this year, headset specialist Turtle Beach announced it was doubling down on PC accessories with its new Atlas range.

These were being designed with esports companies Astralis, OpTic and Houston Outlaws and launched last month.

For years now, Turtle Beach has primarily been seen as a console brand, having nabbed the official license for mainstream shooters such as Call of Duty, Titanfall and Star Wars: Battlefront. But PC was in fact where the company began - though this focus has slipped somewhat in the last 13 years.

"We were one of the first companies to produce midi synthesizers and PC sound cards back in the late 70s and 80s," senior director of communications and partnerships Keith Hennessy tells PCGamesInsider.biz.

"Since then, the company’s DNA has evolved with the times and in 2005 Turtle Beach pioneered what we now know as the console gaming headset market with the X51 – the first ever console gaming headset. From that point, Turtle Beach has maintained a leadership position in console gaming audio. We have launched a handful of PC headsets over the years, but the company’s focus has been on the console space. Fast forward to today, and the PC market is booming with a huge variety of games being played, from casually through to professionally. So with Atlas, we are bringing all of Turtle Beach’s innovations in audio and mic performance, comfort, and design to PC gamers with a focus on what the PC gamer wants."

Designing these headsets for PC gamers as opposed to console users is a pretty similar process, Hennessy says, but there are some differences.

"In our experience and research, the fundamentals remain the same for all gamers, everyone is looking for long lasting comfort, great build quality, and amazing audio, so those are the building blocks on which we built the Atlas range," he explains.

"The differences we found were subtle but make all the difference to a player, the audio profile of the Atlas range is different to any of our console headsets, the cabling is also different, but we have maintained those key fundamentals, with a PC-centric slant."

As with many PC accessory pushes, Turtle Beach's has esports at its heart. The firm has teamed up with various pro-gaming teams - as mentioned earlier - to develop these headsets and make sure they are appropriate for a PC esports audience.

"Over the last three years, the Turtle Beach team has travelled the world testing the hearing preferences of the top competitive players of Astralis, OpTic Gaming, Houston Outlaws, Splyce, and many more, live-tuning the audio as they played to dial-in the ultimate competitive advantage through precision audio," Hennessy explains.

"During the course of our research we formed one master PC audio curve that was tweaked and tested repeatedly with our players across different titles, eventually becoming the tuning profile for the Elite Atlas and the rest of the Atlas range.

"We also tweaked the Elite Atlas design based on their feedback. The mic attachment for instance, is anchored at the bottom of the earcup rather than further up on the side of the earcup (as on the original Elite Pro). Based on players’ feedback we also prioritized the connection and quality of the microphone on the Elite Atlas, rather than trying to have it rotate as we had experimented with early on in the process, it’s designed for superior gaming performance pure and simple."

As mentioned earlier, this PC push is a return to Turtle Beach's roots. The firm says that moving forwards, this platform is going to get the same sort of focus as its - admittedly - lucrative console business.

"We are now putting the same amount of our focus and energy into our PC products as we do our console products," Hennessy says.

"We see this as a chance to grow our community,and introduce/re-introduce the Turtle Beach brand to gamers on PC as well as cross-platform gamers who want a great headsets for their PC that they can also use with their consoles."

He continues: "We’re aiming to take the innovative features and benefits Turtle Beach is known for amongst console gamers, and leverage those core tenets to build our reputation in the PC space. Obviously, we know that won’t happen overnight, but we’re already off to a great start with the three headsets in the new Atlas line built for PC gamers, and we have new products already in development for 2019 and beyond, and are convinced that our core combination of high-quality game audio and mic performance, unmatched comfort, and innovative features will appeal to PC and console gamers alike."