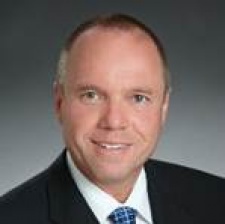 That's according to the firm's CEO Juergen Stark (pictured), who said in the press release for the hardware specialist's Q1 2018 financials that the aforementioned shooters have driven new consumers into the games space.

It's likely that a large portion of this revenue comes from the console space; Fortnite being free-to-play and the first battle royale project on PS4 and Xbox One has certainly been a factor in both the game's success and Turtle Beach's numbers.

These figures represent a record for the headset specialist since it went public in 2014.

“As indicated in our pre-announcement, we delivered substantial growth in our first quarter, both relative to last year and our prior outlook,” Stark said.

“This growth was due to market share gains on top of a very strong overall market, propelled by the successes of Fortnite and Playerunknown’s Battlegrounds, as these games have driven new gamers into the market and much higher headset attach rates than we have historically experienced.

“The strong market, and our significant outperformance, can be seen in NPD’s latest North American console headset update. Year-to-date through March 2018, we grew our revenue share 720 basis points to 45.9 per cent from 38.7 per cent in the same period in 2017. In addition, while the market was up 77.6 per cent on a sell-through basis during the same time, Turtle Beach was up 110.3 per cent. In fact, this 110 per cent revenue growth was nearly double the 57 per cent growth experienced by the rest of the market as our strong brand and quality products had us well positioned to leverage the opportunity.

“We expect the momentum from this strong market to continue and have raised our 2018 financial outlook accordingly. In addition, we were pleased to have facilitated a set of transactions in late April to retire the Series B Preferred Stock at a discount of more than 50 per cent relative to its redemption value. This was a nearly $20 million liability growing at 8% per year. On top of the March amendments to our term loan, revolver, and subordinated notes, this represents another substantial balance sheet improvement and is expected to result in a material reduction in non-cash interest expense going forward. Given these positive developments, we believe 2018 is off to a very strong start and better positions us to make selective growth investments and further reduce our debt over time."