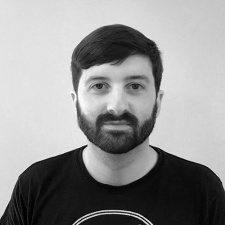 Yesterday, consumer PC games site Rock Paper Shotgun revealed its brand new look. This follows the publication joining the likes of GamesIndustry.biz and Eurogamer in the Gamer Network family in May of last year.

We caught up with editor-in-chief Graham Smith to find out why this new design was chosen and what impact joining Gamer Network has had.

What was the thinking behind the recent redesign?

So that was a big part of it. We wanted a faster, more modern website, that was easier to read, that was built with mobile and tablets in mind. We also wanted a website that was friendlier. We write frequently about free games, art games, strange games, beautiful games, and having a website that can highlight those games better - with bigger screenshots and an inviting colour scheme - is exciting.

Is there going to be any change in the way you cover PC games in addition to this fresh coat of paint?

The redesign reflects all the new ways we've started covering PC games over the past year.

First, our new (and still growing!) video team now have a proper home on the website, with a landing page that highlights all their work and a homepage that better highlights the excellent work by Matthew Castle and Noa Smith.

In November of last year, we hired our first hardware editor, Katharine Castle, and she's been doing great work in providing no-nonsense advice on PC parts ever since. That work can now be better searched and filtered via the hardware section, and has a permanent home on the homepage.

We've also recently expanded into guides writing with the hiring of Dave Irwin last month, and guides also have their own landing page which pulls out the big games we're focused on covering and all our other recent work.

The redesign comes just over a year after Rock Paper Shotgun joined the Gamer Network family. Was this new look enabled by that deal?

The redesign wouldn't have been possible with the tech and design team at Gamer Network. They've done a tremendous job untangling the mess of code that sat behind the scenes and rebuilding it into something fast and nimble.

What else has the Gamer Network purchase allowed Rock Paper Shotgun to do?

We had previously dabbled in things like video and hardware, but the resources and experience of Gamer Network has allowed us to go all-in, double the size of the team and make a proper commitment to doing these new content types right. The team are doing great work so far but the sky is the limit.

Becoming a part of Gamer Network has also allowed us to become closer to the company's events, particularly EGX Rezzed, and we have a lot planned for EGX in September.

How would you assess the state of the PC games market right now?

It's never been better. I've been doing this long enough to remember when there were barely enough PC games released each month to fill a magazine review section, and now there are more released in a single day than we could cover in a full month. It's always been the case that exciting new developments in games tend to happen on PC first and then spread out, and the diversity of experiences available just keeps getting better. It's still the most exciting platform to cover as a games journalist.

How has RPS' coverage of PC games changed over the last few years?

We've worked hard to diversify the types of coverage we do. We work hard at growing our pool of writers, to find new voices and fresh perspectives on both the big games and games you've never heard of.

What other changes are coming to RPS over the next year?

We're still growing. We're in the process of hiring a second guides writer and a third video team member, and we'll be launching the RPS video channel in earnest later this year. We're just getting started.