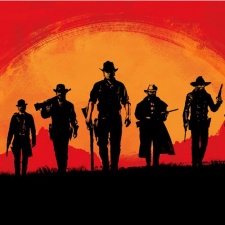 Update: In a statement to Kotaku, Take-Two confirmed that this payout and apology was the result of litigation.

“Take-Two takes security seriously and will take legal action against people or publications who leak confidential information," the firm wrote.

Original story: Take-Two sure as hell doesn't want anyone reporting on leaked information about its upcoming projects.

The media outlet has issued an apology, now in place of the original story, and paid out $1.3m (£1m) to a series of charities of Take-Two's choosing.

The article detailed content coming to Rockstar's cowboy romp, including a battle royale mode that, as of yet, has not emerged.

"On February 6, 2018, we published an article that was sourced from a confidential corporate document," TI wrote.

"We should have known this information was confidential and should not have published it. We unreservedly apologise to Take-Two Games and we have undertaken not to repeat such actions again. We have also agreed to donate over £1 million to charities chosen by Take-Two Games."

There are a few possible reasons why this has gone down the way it has.

The first is that journalists are liable for information that is obtained by illegal means. Given that the article in question contained "information that was confidential", per TI's apology, this likely means that someone somewhere broke a non-disclosure agreement and thus Take-Two was within its rights to pursue some form of action.

Though the games media does often report on leaks, often the reaction for doing so is to be blacklisted or not invited to press events - see both Kotaku and Kotaku UK's relationships with Ubisoft and Nintendo for examples of that.

If the above is all true, then it's likely that this is part of an out-of-court settlement.

While this does not set a legal precedent, this story could give other games publishers the confidence to go after the press for reporting on information that is not yet public, or is even under NDA.

The second - and far less sexy - possibility is due to the relationship that exists between publishers and the media. In my time writing about games, I have seen more than one publisher threaten to pull advertising over negative coverage - or articles they did not want out there. While Rockstar only releases one title every few years, its sister label 2K Games has at least one annual franchise that will almost definitely be an advertising target for Trusted Reviews - NBA 2K. It's entirely possible that the threat of lost revenue was what triggered this act of repentance from TI.

All this being said, it is the media's role to report on provable facts. At a time when the industry is more under the thumb of PR and controlled messages, we - the games press - should not be shying away from original reporting that is of public interest.

Sure, we're writing about video games, not something as 'serious' as politics or corruption, but we cannot simply follow the lines we are given by the triple-A giants of this market. We need to be independent and holding these companies to account, which is why it is important to report on leaked information when it is in the public interest.

But all of this is speculation. It's easy to say that Trust Reviews should have tried to fight this action without being involved in the situation or knowing all the facts.

Also, if both Take-Two and TI would refrain from suing me that'd be great. I'm saving up for a wedding right now and they are expensive.