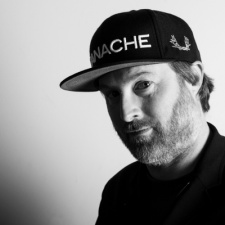 The developer of Ancestors Patrice Désilets has said that critics expected the Assassin's Creed creator's title to have that level of quality despite having a much smaller team.

Speaking at Reboot Develop Red - as reported by GamesIndustry.biz - the former Ubisoft employee said that it wasn't possible to deliver something like Assassin's Creed with a team of just 35.

The developer also accused reviewers of not actually having played the game.

"I'm used to having bigger numbers than that, so it's the elephant in the room," he said, referring to the first three Assassin's Creed games, all of which had Metacritic averages between 80 and 90. "But people expected my studio of 35 people to ship a game that is really close to Assassin's Creed, and it's just not possible. We made some harsh decisions in order to ship the game, and we wanted it to be different."

He continued: "We know for a fact that some reviewers actually didn't play the game. It is part of our industry –they have to review games, and they have 15 of them to review in one week, and sometimes they don't have time. And since Ancestors is so different, some of them went 'urgh, I don't have time for this.'

"And we know for a fact that some just invented some elements in the game – like there is no fire and you cannot ride any horses, even though one reviewer said 'oh, it wasn't that great when you ride a horse.' Yes. My people are pissed, by the way.

"So please don't take notes today as we talk, mainly because I don't know how to make a video game."

Kojima addresses Death Stranding's mixed reviews in the US