INSIGHT - Why game jams are so important 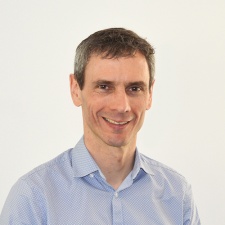 Those who follow the world of development will be familiar with the idea of a game jam: a condensed period of time - often ranging from two days to two weeks - wherein developers split into small teams to create an entire game.

It’s an intense process that many find equal parts stimulating, stressful, joyous, educational, and even moving. And while many game developers have entered a game jam, few have taken it upon themselves to actually organise them.

When asked why they run these, responses all ran around the same central themes of inspiration, emotional support, and solidarity.

“Game jams provide a space where people can get together and be creative. It allows focus on a project, socialising, safety to practice creative ideas and fun for a weekend! It also gets you inspired to see the kind of work people produce, and maybe gets you interested in learning a new skill,” says Global Game Jam executive producer Jo Summers. “We try and connect together communities all working towards a common goal.”

Developer Seth Coster of Butterscotch Shenanigans - the studio behind Crashlands and Levelhead - found it more about bonding with the studio’s fans: “We love doing game jams, and we also want to give back to our community members who enthusiastically cheer us on week by week.”

Game jams provide a space where people can get together and be creative. It allows focus on a project, socialising, safety to practice creative ideas and fun for a weekend

Conversely, Indie Game Jams organiser Jupiter Hadley isn’t a developer herself, but she enjoys the events for the strange, experimental pieces of art that arise from them.

“I love the projects that come from game jams - the unique, the slightly unpolished, the creative games that come out of jamming for a few days,” she says.

“I love the community around game jams - especially online jams. Creating my own jam allows me to come up with the theme and general idea to inspire others.”

Game jams are obviously easier to partake in than they are to organise, however the amount of time and number of people needed to arrange one ranges greatly based on scale.

On the macro end, there’s the Global Game Jam, where Summers sets up registration a full five months ahead of time and finds herself working 12-hour days, every day, during the final two-month stretch. And she’s not alone, as she and her co-organiser Seven Siegel work with a core group of six-to-seven volunteers, roughly 45 regional organisers, and countless compatriots who work under them.

Last year the Global Game Jam consisted of 803 local sites, encouraging folks in the area to meet at the same venue for a colossal kick-off event in which the theme is revealed just as the game jam launches.

On the other end of the spectrum, game jams like Butterscotch Shenanigans’ “Shenanijam” only took about 60 hours of work in total to produce over the course of three months. And Coster says the team has since been able to recycle a lot of their organising tools and marketing materials, so the most recent one only took about six hours. HeartBeast Game Dev Academy say it put its event together over the course of two months, only working an hour or so a day, as this smaller scale event was hosted on itch.io, and HeartBeast says it “does most of the hard work.”

The minimum requirement for a jam is that you have secure inside space with internet... and that is it

It also helped that these smaller game jams were online, whereas the in-person game jams that require an actual venue are much harder to assemble. “If you are looking for sponsors, providing swag, providing meals... this all takes up time,” Summers says.

“The minimum requirement for a jam is that you have secure inside space with internet... and that is it. So that does not take too much time to set up... however depending on how far you want to go, it can become an all-consuming task.”

“As an organiser, online global game jams are also easier, because you don't need to secure a venue, which is always one of the hardest parts,” Coster adds.

While navigating the rigmarole of finding venues and sponsors is time-consuming, the more common stressor would be determining the right atmosphere for the event.

“I like to accommodate everyone. That means finding a balance between the casual and hardcore participants, which have proven to be quite difficult,” says GameMaker-specific game jam GM48 organiser and Danish web developer and Peter Christian Jørgensen.

“I'm lucky that we have such a great community, that is great at sharing constructive feedback, and I really appreciate their passion for the game jam. It helps to ease any stress.”

Hadley echoed this sentiment, saying with in-person game jams, the greatest stressor when it came to online events was “Standing out from all of the jams that are going on.”

Fostering a welcoming, productive atmosphere isn’t easy, especially as different people have different goals when they enter a game jam. For example, Summers says she prefers events that shy away from prizes, as they encourage a more competitive element that interferes with the more nurturing, communal spirit of the event.

“Prizes can help with some things, but hinder with others. Global Game Jam generally asks sites not to offer prizes as we feel that it makes jams less friendly and less about community because it makes them more competitive,” she explains

“People are less likely to help their neighbours with a coding problem for example if they are working to try and win an expensive prize. It also encourages people to crunch harder, which is generally an activity I try and discourage at my jams. However I will say that prizes do tend to encourage more complete and polished games at the end of the jam, so it depends on the desired output of your event.”

I love the projects that come from game jams - the unique, the slightly unpolished, the creative games that come out of jamming for a few days

Other organisers we spoke to enjoyed the competition. Jørgensen says prizes “matter a lot, but only if they’re relevant,” citing GameMaker licenses as an example. (YoYo Games has collaborated with Jørgensen on GM48).

Hadley similarly says that prizes “make a bit of a difference, because it makes your game jam more valuable than the hundreds of online ones.” As such, offering sponsored monetary rewards really depends on the type of event you’re going for.

Much of this is based on whether your game jam is focused on the journey or the destination. Some do it for the thrill in the moment, while others are in it for the long-haul, trying to ignite a longer-term ambition. Many participants have found game jams not only entertaining but helpful towards furthering their careers. Indeed acclaimed commercial titles like FRU, Keep Talking and Nobody Explodes, Surgeon Simulator, were all conceived as game jam affairs before being expanded into fully-fledged commercial released.

Yet for many, it wasn’t about polishing up the games themselves after the event. In fact, most of those we spoke to say they rarely return to their game jam entries later on, but the skills they learn during this experience is far more valuable than the rushed prototypes themselves.

“I've never continued working on a project after the game jam ends. I participate to have fun and grow as a developer, and I'd rather move on afterwards to something new and exciting,” says Jørgensen.

Coster, however, says: “We do a lot of game jams, so we rarely continue a jam game and take it commercial. However... Almost all of our commercial releases started as jam games.” Few enter a game jam with the intent of starting a masterpiece. For many, it’s just a motivator to get started at all.

That initial push is arguably the hardest part of organising a game jam, even more than the time commitments or venue bookings. Indeed, Summers says her biggest struggle with this kind of work is “Taking the leap of faith to get the process started.”

When asked what advice she’d have for aspiring game jam organisers, Summers is adamant about one thing: “Start small.”

“Don't try and run an expo before you have run a community gathering,” she says.

“Find a small amount of space; a co-working space, community centre or local office that is willing to lend you for free and invite some friends. It is okay if it is just a handful of people! Join the GGJ community and get support and advice from your fellow site organisers and regional organisers - we are all keen to help you get started.”

I've never continued working on a project after the game jam ends. I participate to have fun and grow as a developer, and I'd rather move on afterwards to something new and exciting

Coster agrees that starting small with an already established social circle is the way to go. “Try to bootstrap an existing community to get the jam off the ground,” he says “If you have a guild of gamer friends, or a local game dev community, or anything -- having an existing pool of people excited about the jam from the start creates an atmosphere of social proof that causes other people to want to get on board.”

In the end, game jams can be a lot of work to put together, but everyone we spoke to found the experience to be worth it and would gladly do it again.

“Over half of the people who participated in the Shenanijam last year had never done a game jam before, and many of them described it as a ‘life-changing experience’ afterwards,” Coster reminisces.

“The fact that we could be part of something that important to another person is incredibly meaningful to us.”

Summers likewise found the bond between developers incredibly moving. “One of the things about Global Game Jam I am really proud of is supporting a community with enough momentum to encourage people in faraway places to start their own jam. We have reached some far corners of the world, and brought game making communities together,” she says.

“Generally running the thing is the main achievement! If most people had a nice time, then I would call that a success.”

If you are organising a game jam, feel free to contact YoYo Games at [email protected] to see if we can help.