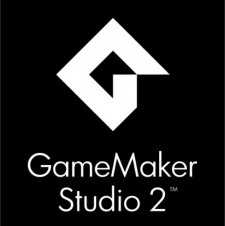 On November 15th GameMaker firm YoYo celebrates its 20th birthday and to mark the occasion, the engine firm is holding a Game Jam.

From this coming weekend until November 21st, the GameMaker 20th Birthday Game Jam is taking place, revolving around the number 20.

Developers have 20 hours to create a game with 20 lines of code at a resolution on 20x20px. Both solo developers and teams are welcome to take part in the event, the YoYo Games team itself will also participate.

Besides Game Jam, a special anniversary sale will be taking place with 50 per cent off on upgrades to desktop, web, mobile and Microsoft UWP licences. On top of celebrating GameMakers birthday, YoYo Games has prepared updates for the development tool. One such update, sequences, is set to go into open beta before a full launch in Spring 2020.

“We are so happy to be celebrating the 20th Anniversary of GameMaker with our community. In the games technology world, 20 years is a lifetime” said YoYo GM Stuart Poole.

“It’s a very important milestone for the engine, which has continued to lead the field in 2D game design, offering creators the most powerful and user-friendly 2D game development environment in the industry.

“We are so proud of what GameMaker has achieved thus far and even more excited about its future.”

CTO Russell Kay added: “The ease of control and iteration that Sequences will provide to GameMaker users is going to drastically improve game development workflow for Indie studios, and we expect it to lead to a paradigm shift in GameMaker game aesthetics.

“This is the first of many changes that we have in the pipeline, that will make 2D GameMaker games stand out for their beauty while retaining GameMaker’s essential simplicity and capability to support rapid multi-platform development.

“We can’t wait to see what our community does with it."

Earlier this month, YoYo Games launched a new educational tool - Space Bubbles - for GameMaker. It is aimed at 11-to-14 year olds, however, it is also a useful tool for those who are beginners to programming.