Could Discord dethrone Steam as the go-to PC games marketplace? 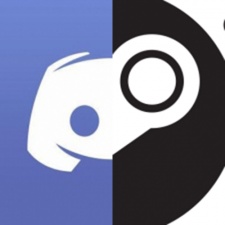 This post was originally published on July 3rd, 2018. We're republished it due to the recent news that Discord is in fact moving to sell video games via its platform

In the mobile games space, something fascinating is happening.

The $70 billion industry is driven by app stores like Apple’s own App Store and Google Play for Android. Yet over the next decade that industry could (most likely slowly) be upended by a serious competitor: chat apps.

These apps have hundreds of millions - or more than a billion in some cases - monthly active users. And these aren’t just apps people open once a month, they are often used many times a day to chat with friends and keep up with the lives of families and acquaintances.

It wouldn’t be a stretch to say these apps are accessed more by users than the app stores themselves.

The owners of these platforms - Facebook, Snap Inc, Tencent - aren’t blind to this, and see further potential away from their core purpose of messaging.

Facebook has introduced Instant Games to Messenger, which is now open to all developers who can monetise through in-game ads or in-app purchases (though IAPs are currently restricted to the Facebook site or Messenger on Google Play - no iOS right now. The terms also suck for developers, too, who take a minority 49 per cent cut on Android).

In China meanwhile WeChat (or Weixin as it’s also known) has opened up to Mini-Games. Tencent recently noted the mini-games platform had been a “significant success”, with over 500 titles available on it to date.

Then there’s Snapchat, which has opened up to new ‘Snappables’ lenses, but is also said to be working on a gaming platform.

While the app stores will no doubt fight back - Google has made its position clear by retaining a 30 per cent revenue share on earnings from games within a chat app - app stores as we know them are set to change in the next decade.

Which brings us to PC. It’s a different platform entirely of course, but there is one company that has stark similarities to those chat apps mentioned above: Discord.

After starting out as a games developer called Hammer & Chisel, the studio eventually shifted to its communication app where it saw more potential.

The free app (there is an optional $50 Nitro subscription service for extra features) which can be used across platforms now boasts 130 million users.

That figure is triple the 45 million users it reported in May 2017.

More importantly, Discord claims to have 19 million daily active users, with a peak concurrent user figure of 8.2 million. 530 million messages are sent each day, going as high as 15 billion per month.

For comparison, at last count Steam had 67 million MAUs.

Interestingly, and perhaps a sign of where Discord might be headed, it launched a Steam-like games tab.

Users can see what their friends are playing, see updates and are also recommended games to try out. You can now also quickly launch games from within Discord itself, with Steam acting as a background client - you just need to be logged in.

With such features and a large userbase, Discord appears well positioned to become a games marketplace of its own.

It has a large userbase of engaged users. I’d hazard a guess that Discord users spend less time actually interacting with Steam than they do with Discord - using Valve’s service to buy and launch their games.

But if these users could suddenly buy their games on Discord, what function would Steam serve? Steam has a lot going for it, like the Steam Workshop, but an inherently social platform that offers its core service of selling games is surely more powerful.

Too little, too late?

Some might say it’s too late to challenge Steam’s dominance, and many other companies have tried.

But Discord could be the first real challenger that comes prepared with such a large and engaged userbase. And in a world where online multiplayer gaming is becoming ever more popular - it’s the perfect place to be to interact with others.

Benefits to developers seem obvious: better chance for word-of-mouth marketing within an inherently social platform (which Steam is not), with the chance for extra discoverability touchpoints.

Instant Games leans on the social backbone of Messenger through group leaderboards and chatbots as a way of engaging users for the long-term.

Discord’s ability to be used across platforms meanwhile gives it another tick, as players can use it as a base platform to connect across PC, mobile and consoles. Particularly useful for cross-play games like Fortnite and Rocket League.

It’s also a place where developers can build communities for their games, supporting marketing efforts and encouraging, that word again, engagement.

But even if Discord doesn’t start selling games itself and instead sees itself as the platform of engagement, it could link to other storefronts directly and take an affiliate fee. That doesn’t seem a big jump considering the Steam integration it already has.

Based on this model, would other storefronts decline an offer of such a popular platform?

If you want an indication of the potential threat of Discord to Steam, see also Valve’s attempts to overhaul Steam Chat.

The clever bods at Valve have realised they’ve been too slow to stop a company like Discord taking a leading position in the gaming voice chat space.

That slowness could come back to haunt it if Discord starts selling PC games.

And judging by the trend of mobile chat app gaming, it may only be a matter of time.

Discord did not respond to a request for comment at the time of publishing.