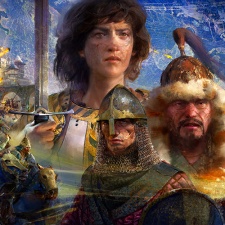 The latest entry in the long-running Age of Empires franchise was the best-selling game on Steam last week.

Age of Empires IV made its debut on October 28th and wasted no time in taking over the Steam Top Ten. The title was the best-selling item on the platform while pre-orders for the strategy release came in second place. This is all despite the fact that Age of Empires IV is available in Microsoft's Xbox Game Pass subscription service.

The No.3 spot went to Amazon's MMO New World, while Warner Bros' co-op shooter Back 4 Blood dropped from first place to fourth week-on-week.

Here is the Steam Top Ten for the week ending October 30th: