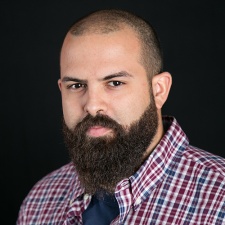 After five years, a brand new entry in the Borderlands franchise hit the market in September. The third numbered entry in Gearbox's hit looter-shooter franchise was returning to a genre that had seen new entrants such as Destiny and The Division - which the studio has said it doesn't see as competition - but saw huge early success, with CEO Randy Pitchford boasting of 248,000 concurrent players during Borderlands 3's launch weekend. Ten days after launch, publisher 2K announced it had shipped five million copies and that this new release had pushed the franchise's lifetime revenue over $1bn.

How would you assess the performance of Borderlands 3 so far?

We’re thrilled. The positive response for our community has been overwhelming and watching the experience resonate with a whole new generation of players who hadn’t previously played a Borderlands game has been so rewarding. It makes all the hard work worth it. It’s been especially gratifying to see long-time fans reach the end game and start exploring all the challenge content we’ve added to extend the experience in a fun and rewarding way. Now we’re just working hard to continue to fine-tune and respond to player feedback to create the best experience possible going forward. Our first free in-game event, Bloody Harvest, is coming up later this month, so we’re looking forward to fans’ take on that too.

On PC, according to Randy Pitchford, you had double Borderlands 2's concurrent player figure on launch. Why do you think this is?

Funny enough, I think a lot of that has to do with Borderlands 2. We loved and believed in the game back when it launched in 2012, but I’m not sure we could have anticipated the fandom that’s grown around it since then. It’s both staggering and humbling and drives us to do what we do the best we can for those fans. That community has definitely kept enthusiasm for the franchise alive, and that’s likely encouraged more and more people to give the series a try. Add that to all the work our devs and marketing teams did over the last six months to get the game in front of so many people, and thankfully I think it added up to there just being a lot more Borderlands fans out there now.

Are you able to give an indication of how well Borderlands 3 has sold? And how big a portion of sales are on PC?

We generally don’t share specific sales numbers or platform sales breakdowns, but we did recently announce that Borderlands 3 sold-in more than five million copies during the five days after release, making it the fastest-selling game in 2K’s history, as well as the highest-selling title for the label on PC in a five-day window.

How much of a factor in this success on PC is down to the game being an Epic exclusive? Or was it a case of there being so much pent up excitement for a new full entry series after so long?

The appetite amongst fans was definitely there, but Epic have been great partners and have done a lot to help us reach new players as well, so I’d say it’s a combination of everything that’s culminated in the success we’re seeing.

What lessons have you taken away from Borderlands 3's launch?

Ask us again in another month or two. It’s only been a couple of weeks and we shifted right into post-launch content and support, so I’m not sure we’ve had quite enough time to really reflect on the launch – to us, the launch was just the beginning. That said, I’m sure in time we’ll be able to look back on this and find things we can improve in the future. Every launch is an opportunity to learn.

I don’t think we would have done anything differently. Various members of the team transitioned to other projects, and those that didn’t transition have been hard at work providing support and changes for the core game. We always strive to support our games as much as we can for as long as it’s reasonable. If we launched tomorrow, everyone would be doing the same thing they’re already doing – though I guess we would have a delay invaluable player feedback, and the specific updates related to that.

There was a reasonable amount of negativity around Borderlands 3 before launch - first with the confusion over in-app purchases back in May and then 2K/Take-Two's run-ins with YouTuber SupMatto. Was there ever a concern that this would have a negative impact on the game?

The team was entirely focused on creating the best Borderlands experience possible. That was our primary concern throughout the development process.

What's your long-term ambition for Borderlands 3?

We want players to be able to play and enjoy the game for years to come and give them plenty to do to keep the experience fresh, engaging and fun. As I mentioned earlier, we’ve added a substantial amount of challenge content for players to engage with once they’ve completed the campaign. You can replay the campaign in True Vault Hunter Mode or add a unique layer of challenge by activating Mayhem Mode or grind for loot with your friends in our Proving Grounds maps… We also plan to release four major campaign expansions, as well as free in-game activities like Bloody Harvest and the Maliwan Takedown. So really our ambition is exactly what you expect: to grow our community and keep players engaged and happy.