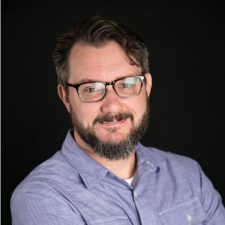 When working on a sequel, writers and narrative designers need to ensure that players old and new are familiar with all the key concepts of a given series.

That's according to Gearbox Software narrative boss Randy Varnell, who said at Devcom 2019 that figuring out what was important in the Borderlands games was hugely important when writing the upcoming Borderlands 3.

"Game development is a business as well as an art and while we love to see ourselves as developers and creative people who just want to make really cool, entertaining content, we always try and find ways to reach more people to sell more copies and to get more people involved in our franchises," he explained.

"So we spent some time with the narrative group thinking about how we reach out to new customers; if Borderlands 3 is your first experience in the universe, how do we keep them from getting lost in the swamp? First off, a lot of professional games development is a very hard, practical craft. There's not a lot of super-secret tricks that I'm going to drop on you now, but I'll tell you there's a lot of really hard work that you have to do to make these things happen. Here's what we thought about to do that though; first off, you have to identify and re-introduce the core concepts of your franchise. What's important for you? We actually sat down in brainstorm meetings and made a list of all the nouns; Vault, Vault Hunters, Corporations, Sirens and so on - this sea of things that we have to do and then we prioritised that list and started thinking about which ones are most important for the story of this game to reintroduce.

"You just have to be sure that when you write and design your story, then you remind people that those things are important. If you read novels in a series, you'll notice that the second, third, fourth entry will do the same thing - there'll be a prologue or introductory chapter where it'll reintroduce the characters, it'll tell you what's important about them and give you some back story. You have to do the same thing in video game development. You have to repeat yourself. It's not enough to just say a lot of those things once. If they're really important, you have to do it over and over."

Borderlands 3 is to be released on September 13th