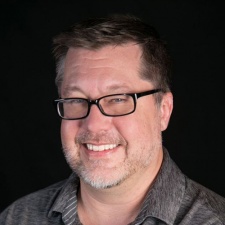 For a time, Borderlands was the defining name in the looter-shooter genre, but since its debut in 2009, a great deal has changed in the market.

The 2K-published sci-fi RPG shooter is returning this week with its third numbered entry, with developer Gearbox Software wanting to take the action beyond the franchise's previous setting of the planet Pandora.

"One of the first things we talked about was this had to be the game where we left Pandora," creative director Paul Sage says.

"We had to travel to multiple worlds. It was always about a bigger universe than just Pandora. In Borderlands 2 we talked about other planets. We knew we had to do that - so then it became how do we do it. That meant you had to have conveyance, which meant you had to have a space ship at some point. Then we felt really strongly that we wanted character growth that felt more about gameplay and a little less about stats. I'm not saying stats are bad, I'm just saying we wanted more of those elements and more action skills. That was huge because we didn't want level five to be the best level; we wanted that experience to go well beyond level five. Then gunplay and movement are huge to Borderlands. We wanted to make sure that the philosophy wasn't so much: 'At much the guns don't feel great and then they feel much better'. We wanted it to be it was more: 'What if the guns felt good and then got great and then outstanding'. We concentrated a lot on how to do that. When we spoke about movement a bit, it was about making sure the way players moved felt good when you were sliding and mantling. We wanted movement to feel really fun."

As mentioned before, a great deal has changed in the games market. Now Borderlands isn't the biggest and the only name in the looter-shooter space, with online sci-fi title Destiny from Bungie and Ubisoft's The Division carving out their own space in this sector. From the outside looking in, it would look like Borderlands 3 has a great deal in common with those titles - they're all multiplayer-centred shooters with a focus on obtaining increasingly better loot. But Sage doesn't see it as a competition, really.

"It's funny that some people view entertainment competitively. At some level, I'm sure it is. But really, it's better to have broader choice of entertainment," he says.

"It's not like someone will consume one but not another. That's not how we really look at it. We do look at it as how do we improve on what we had already done. I do think we are very unique, yes, those other games are shooters; yes, they do have loot that you can acquire which gets better over time and yes there are character skills. I'm not saying there's no humour in those games, but we tend to trade more on our humour and narrative - having a long story that compels you forward because it gives a player purpose. There's a lot that separates us from those titles, which is good. We're unique in a lot of different ways and that means there's more entertainment for everybody."

The last big title from the series wasn't a looter-shooter from Gearbox, but was in fact a narrative-centric experience from Telltale Games in Tales from the Borderlands. That episodic take on the franchise was well-received by fans, with Sage pointing out that it has brought characters from that back. But Gearbox has also taken lessons from 2014's The Pre-Sequel, too.

"I love the fact that Telltale's storytelling was really good in Tales from the Borderlands. It was unique to what that studio was trying to do," Sage says.

"With Pre-Sequel, one of the things we adopted was the player characters speaking more. We doubled down on that. We decided we like the character commenting on things happening in the world. A lot of times we'll shy away from putting too much detail in the voice of a player character because if they say something, it might not be what the user is thinking. But, I've learnt over time that people enjoy that because, again, they are playing a character. They're not playing as themselves. You have to make sure people like the characters they're playing."

That Borderlands 3 was coming was perhaps one of the worst-kept secrets in the games industry. It was eventually revealed at PAX East in March of this year, with a gameplay reveal taking place in May. Following that event, however, much of the coverage around Borderlands 3 was to do with a confusion over microtransactions and in-app purchases within the game with Gearbox CEO Randy Pitchford lashing out at press reporting that there were such monetisation options in the game despite him saying on-stage that “there’s no microtransaction-y, free-to-play kind of stuff." That's without mentioning the allegations for assault and bullying against Pitchford by the voice actor behind Borderlands mascot Claptrap, David Eddings.

With all that going on, we have to ask: what's it like working super hard on a game like Borderlands 3 only for the narrative around the project becoming dominated by negative news?

"We as human beings tend to focus on things that stand out to us maybe negatively," Sage says.

"But I'll say that there's a far greater preponderance of people who are excited for fun. There are so many people who will never hear what you or I say at all. They get the game and they're happy with the game. At the end of the game, if you care about all of your fans you're doing your best to make sure they're excited. Anything that might go against that excitement, as a developer, you're of course wishing it hadn't happened. But the bigger thing is we're releasing a great game, it's super fun and that's what I want people to feel. That's what we should be concentrating on at all times."

Ultimately, Sage's big ambition for Borderlands 3 is, well, for it to be enjoyed by its fans.

"Just as a developer, we want it to be a hit because we want to make more games. The goal is that we want to make more because we're convinced it's good entertainment. As long as people share that same belief, they'll say this is good, this is fun, that's the goal. You pour your heart and soul into something hoping that it's good and you hope the public likes it."