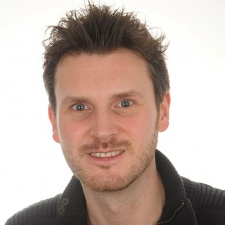 Within ten days of launch, developer Giants Software announced that Farming Simulator 19 had sold one million copies. Of that figure, around 45 per cent were on PC, according to the German studio.

How would you assess the success of Farming Simulator 19 thus far?

We are indeed very happy with the success of Farming Simulator 19. Just a few days ago we announced that over one million copies have been sold within 10 days after its launch which makes it the fastest selling version of the series so far. However, we know from previous versions that it’s a long tail game and with future mod and DLC support as well as listening to community feedback for future updates we want to make sure that people will once again decide to purchase and play the game even years from now.

What were your expectations for Farming Simulator 19 pre-launch?

To be honest, we did have a good feeling. Of course, we were curious to find out what people think of the new features in the game and until E3 this year we didn’t reveal a lot. From the moment we announced that John Deere is going to be in the game the feedback was great. But also the other new brands and features found lots of fans.

In the weeks before launch the pre-order numbers gave us signs that it’s going to be well but what was also exciting was to have business partners or e.g. YouTubers proactively telling us that their own partners or viewers show an even larger interest than two years before forFarming Simulator 17.

Still, it’s amazing to see the one million sales already happening after only 10 days.

If you could launch the game again tomorrow, what would you do differently?

We would test more input peripherals combinations to make them work out of the box more easily. It seems like throughout the years many of our players acquired wheels, joysticks (for crane controls) and other special controllers which they also use in combination with each other. While it’s generally possible to get it running with adjusting the settings in the game, they would ideally work just after plugging them in. We’ve addressed this in a patch already but it’s definitely a thing to keep in mind for the future.

What lessons did you take away from Farming Simulator 19's launch?

Even though it means extra coordination and efforts, a worldwide simultaneous release on multiple platforms works very well for the series. Since the release of Farming Simulator 13 on PS3 and Xbox 360 the console community became bigger and bigger and it’s important for them to be able to start playing the game at the same time as the PC players.
But we also had lots of support from the farming brands which are included in the game and they showed a lot of enthusiasm by announcing that they are part of it. These brands are from all over the world and it was definitely a good thing having one single release date for all of them to avoid confusion or even disappointment if players in one region would have to wait longer than others.

Can you tell us a bit about how you marketed the game?

It’s important for us to always show respect for farmers and the brands which are in the game. It’s a game but also a simulation. A large number of players are actual farmers or already know a lot about farming. For them it’s important that the machines look and feel as true to life as possible. Highlighting the addition of John Deere, the worldwide largest manufacturer of agricultural machines, to FS19, as well as many other leading brands, was a key factor in the marketing towards this group.

However, a lot of our players play the game because of its relaxing nature and the many ways to play it however you want. While they might also know some brands, their affinity towards specific ones, might not be that strong. To get their attention it’s important to tell them about the new key features and how they will change the game. For FS19, things like being able to play on multiple farms, each with its own bank account and vehicles, were vital to point out.

Aside from making announcements via our own channels like Facebook, Twitter and YouTube, working closely with YouTubers, who have been playing previous versions of the game for a long time already, works great for us to get these points across. They get news and assets from us but we also leave it up to them, how to report about them. If they are not excited about a feature, it’s still valid feedback for us, as long as it’s given in a constructive way. Most importantly though they usually will let their viewers know how this new feature or brand will affect the way they play the new game. The key here is not putting the emphasis on “This is awesome” but more like letting people figure out how this will further widen their options to play their unique game.

I mean, if you simply say that there will also grow weeds on your fields now which you should remove to increase your harvest, it sounds more like a burden. Once you realize, that this comes with new tools, options to choose between mechanical weeders or sprayers with herbicides, various growth stages of weeds, visible changes between fields which have been taken care of and fields which haven’t, it’s suddenly clear that this just gave you more opportunities how to play the game.

What would you say the success of Farming Simulator 19 says about the games market right now?

Traditionally, video games were about winning. Beating the AI or a human opponent. Later, story elements were added especially in single player games but even there it’s often about mixed with action elements where you have to react quickly to what’s happening on the screen.
The success of Farming Simulator shows though, that there is an audience which likes to play games in a very open way without being forced to do anything specific. Some would not even call themselves videogamers. They don’t play to win, they play to relax or meet their friends online in multiplayer just to have a good time. For example, we also hear very often from contacts at the manufacturers in the game that they like playing Farming Simulator but it’s more or less the first video game they’ve played for a longer time. If the content is right, you can introduce a whole new group of people to video games.

What are your plans long-term for Farming Simulator 19?

We’re still very much focused on making the series more realistic with each new game. Farming, in general, is a very wide area and there are still features and processes we can add. Plus there are new developments in real life farming, too. We’re in close touch with the manufacturers and industry leaders to see how we can stay on top of this and include these in the game as well.