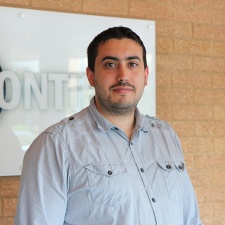 The title has already been an - er - roaring success, selling one million units in its five weeks on sale, and charting as one of the Top 12 best-selling titles on Steam for the first half of 2018 just three weeks after it hit shelves.

We caught up with assistant marketing director Zac Antonaci to find out more about how things are going for the game so far.

How would you assess the performance of Jurassic World Evolution?

Obviously the number of people who own the game is one measure but equally important is how many hours they’re playing, what type of activity they’re doing and how much they’re enjoying the game overall. I know it sounds cheesy but really the most important measure for us are the ones that show if players are enjoying the game.

We’re always talking to the community and listening to their feedback on our official forums, social media and Reddit; development of the game is ongoing because we want to make sure people love it.

Why do you think the game has resonated with the games public?

I think there are a number of reasons that Jurassic World Evolution has caught players’ imaginations but for me I think it’s a game made by people who love the Jurassic franchise as much as the players do.

Jurassic Park really did capture the imagination of a whole generation and since then it’s become such a loved and iconic franchise, you can’t help but watch those movies and think ‘well that’s not how I would run it!’ When we began development on Jurassic World Evolution we wanted to throw down the gauntlet and challenge players to run their own Jurassic World, but we also wanted to immerse players in Jurassic lore and history. There are lots of little easter eggs and references in there for fans of the movies, and I think that level of authenticity is important.

Evolution is already one of the Top 12 best-selling games on Steam for 2018, after just a few weeks no less. What was that milestone like for you?

It was just incredible to see Jurassic World Evolution as welcomed as it has been by the gaming community. The entire Studio pours so much passion into making games with the hope of them being loved and remembered. Being a platinum game after just 18 days really does fill everyone with so much pride, but so does seeing the game being the most played game on Twitch on launch day and the hundreds of millions of views on YouTube of people enjoying the game.

It’s important to remember why we make games in the first place and that has to come from a place of passion and enthusiasm. It makes the work all the more personal, which is why seeing such a positive reception really does mean the world to everyone on the team.

Until a few years ago, licensed games weren't held in the highest regard. What has changed?

I absolutely agree and I think there really has been a real change in perception recently.

Over the last few years we’ve seen a number of really great games released – Jurassic World Evolution, Rocksteady’s Arkham Knight, Monolith’s Middle Earth games and Insomniac’s brilliant Spider-Man to name a few – are all games clearly made by passionate teams working with worlds they love with enough time and resource to make something great. You can feel the passion and dedication that went into making those games.

I think the change here is that both developers and license holders understand that an amazing IP alone isn’t enough. Simply put, a game HAS to be great in its own right. If you can combine a great game with an incredible world or story players already love, then it makes for an amazing experience.

Can you tell me a bit about how you approached this license?

The approach from the very beginning was always about what makes a great experience. The Jurassic franchise gives you an incredibly rich world to build a game in, and it leads you in directions you can only take with that franchise – those iconic characters, the dinosaurs we all recognise, the nature of the risks and rewards themselves…

It really helps that as a studio that self-publishes its own titles, we get to pick the games we make. Our games always come from a similar place: ‘what would we want to play?’ The process always starts with ‘what’s the coolest possible thing we could do with this world?’ and the development team did an amazing job of making that dream a reality.

What lessons have you learnt from the launch of Jurassic World Evolution?

From a marketing perspective: think big. It’s very easy when you’re launching a game to do all the things that have been done before. Marketing and PR plans can be very simple and predictable. It’s important to cover all those bases, but for Jurassic World Evolution, we wanted to do things that were new and ambitious.

A good example for me was being able to work with Jeff Goldblum. We always knew that Jeff was the person we wanted to work with from the very beginning. Having him so involved through being an integral part of the game, promotional videos and even joining for special events with press outlets and content creators all shows our scale and ambition.

Similarly, we knew that launching the game during E3 would be a challenge. Conventional wisdom says you shouldn’t do it because there’s just so much news and information coming out over those few days. However, launching at the same time Jurassic World: Fallen Kingdom, Jurassic Park’s 25th anniversary, and having the biggest gaming event in the world was too good an opportunity to miss. So, we threw everything we had at it and made it a launch of Jurassic proportions, if you’ll pardon the pun!

If you were to launch the game again tomorrow, what would you do differently?

What's the next year looking like for Jurassic World Evolution? What's the ambition?

Frontier as a studio has a history of supporting our games. Both Elite Dangerous and Planet Coaster continue to be supported long after their initial release and Jurassic World Evolution is no different. We’ve just released our second free update to the game adding new modes, new contracts and some quality of life and gameplay changes players were calling out for.