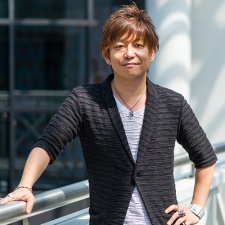 When Final Fantasy XIV was first released, it didn't have the best reception. The reaction was so bad, in fact, that Square Enix went back to the drawing board, bringing Dragon Quest veteran Naoki Yoshida in as producer and director to supervise major changes to the game.

What emerged was a brand new release, Final Fantasy XIV: A Realm Reborn, which hit shelves in 2013. It's been four years since the redux version of the game launched and things are only getting better for the MMO.

Earlier this year, the project's second expansion pack, Stormblood, was released. What resulted was the game's player base swelling to its highest figure to date. Square Enix even called the game out as being part of the reason its digital revenue was so high earlier this year.

"When I took over the original Final Fantasy XIV I did not expect to get to this stage, or this much growth in the game," Yoshida tells PCGamesInsider.biz.

"It's a big surprise and joy to me. Last year I have been thinking should we expand this game all over the world and get it into every single market or should I be focusing on what we have now. That's something I've been thinking about. But seeing the Final Fantasy XIV expansion launch, we actually saw the highest number of players. For MMOs, you see usually that highest figure on launch, but after four years we are peaking now. That really makes me think I could continue with this challenge and expand it even further."

Yoshida has almost half a decade to ruminate on how best to run an MMO title, with the producer saying that the secret is to keep releasing content after launch. This sounds simple, even expected, but the developer says that it is key.

"I do realise now that doing something expected and making sure it's happening is important," he explains.

"For example when it comes to an MMO having regular updates, a huge volume of content with updates and expansion packs release every two years, that's normal. But seeing the other MMOs currently - how many are able to do that normal thing? It makes me realise that making sure the normal thing is happening is not easy, it's difficult, but it's very important."

Over time, Final Fantasy XIV has become something of a theme park for the series. As well as producing original content for the game, the development team also includes content that references other entries in the franchise. These include Final Fantasy's VII casino and amusement arcade the Gold Saucer and the Ivalice setting from Final Fantasy XII and Tactics.

Yoshida says there is no real process as to how this content makes its way into the game, but it is a balancing act between making new content and calling back to older aspects.

"I want to surprise to players," he explains.

"I need to consider what kind of original surprises we can bring into XIV, but also one of the concepts we have is that this game is something of a theme park so bringing in surprises from the previous Final Fantasy titles, how and when we introduce that, is something I really keep in mind. There isn't really any process behind when and where to bring in these elements from previous games. We see the big picture and the service schedule we have in mind and we decide where original and classic Final Fantasy content should go. That's how we decide it. It's not necessarily a process. If I make a decision, it doesn't really sound like a process."

As the man who effectively saved Final Fantasy XIV and breathed new life into it, Yoshida is viewed with something of reverence by the community. He's a much-loved member of the development team and says that this recognition is among his proudest moments working on it. That, and realising his ambition of releasing expansion content for the MMO title.

"At Fan Festival, which took place in Las Vegas, when I got on stage for a developer panel, the cheering from the audience was just so special," he says.

"Also, A Realm Reborn was a comeback; a beginning. Until an MMO can release an expansion pack, it doesn't mean it's successful. A failure to release extra content means it's a failure overall. [The first expansion pack] Heavensword releasing in 2015 was a good, big step for us. It wasn't the end. Introducing the next expansion and getting that support from the audience made it so it's special to me. At the time, I was thinking if I could do a second expansion pack, I could call it a success. At the time, I got the support. It meant a lot to me.

Arguably one of the hottest topics in our industry, especially online ones, right now is negativity, toxicity and harassment within video game communities. For Yoshida, the solution is simple; either have moderators on hand at all time to deal with complaints or simply ditch chat from these projects altogether.

"The only way to deal with it is to make sure the game masters work 24 hours a day and accept all these reports straight away," he says.

"They need to be there to be able to make sure people can report whenever they see harassment. The game masters can act swiftly and ban those accounts - that's the only way to deal with this.

"At the same time, probably one of the reasons we are able to make sure we can do this is because we are a subscription based game. We do ensure that 24/7 we have game masters available and have a really good support for everyone in the game. At the same time, I do understand that if it's an issue for free-to-play games, it's a slightly different situation. Maybe they cannot afford to have that support in the way we do.

It's clear that Final Fantasy XIV has come a long way since its - frankly - disastrous launch in 2010. Yoshida is optimistic about the future and has grand plans for the title's next expansion.

We asked the developer what he hopes to achieve in the next year or so.

"I hope I am still alive and working on a new expansion pack. Even if I collapse tonight, the Final Fantasy XIV team is strong enough - we have a fantastic team so they will be able to continue the game," he laughs.

"I'm not worried about that aspect. There's something I really want to do with the next expansion pack; I want to make sure I can do it and having more players enjoying the game is the best thing. I have plans to make players happy as well as surprising them."