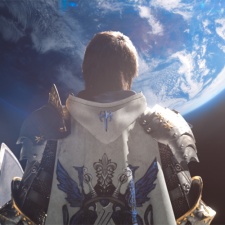 Japanese games giant Square Enix has had to temporarily stop selling physical and digital copies of Final Fantasy XIV due to servers being overloaded with players.

The firm announced yesterday (Thursday, December 16th) that it was suspending sales due to the wild popularity of the Endwalker expansion. This was released in Early Access two weeks ago and has resulted in huge queues to log in.

Square Enix is also pulling its ads for the game, as well as giving its existing players extra game time.

"To those who have been invited by their friends and family who have been considering joining, as well as our retail partners, we sincerely apologize for any inconvenience this may cause, and ask for your understanding and cooperation in order to reduce congestion," Final Fantasy XIV's producer and director Naoki Yoshida (pictured) wrote.

"We will continue to monitor the situation as we consider the timing around resuming sales."