Improbable’s SpatialOS lets developers have their heads in the cloud 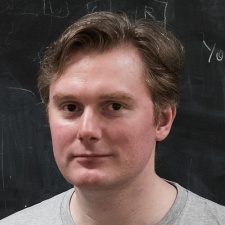 If you’ve been paying attention to the games press recently, odds are you’ll have seen the name Improbable pop up more than once.

The firm is working with developers such as Bossa Studios (Worlds Adrift), Jagex (unannounced game) and Spilt Milk (Lazarus), who are using its SpatialOS tech to expand the scope of their games.

So what does Improbable do? Well, the tech allows developers access to a wealth of cloud servers which… actually, we’ll just let the company explain this part.

“Effectively, this technology allows developers to use distributed computer tech – cloud servers – to augment the power they can bring to making games that would previously have been impossible,” comms boss Daniel Griffiths says.

“What that platform primarily does is allow developers to build virtual environments which can be distributed across multiple cores in the cloud. It transcends the typical server-client model for multiplayer focused games. The traditional client-server model is the thing that most online games run on because it's the most convenient way of setting up gameplay.

"You have more clients, players usually, who are connecting to a server core. That has to represent everything the players are going to interact with.

“A whole world may take up multiple server cores but game design has to make sure that they don't interact across each other which is why often multiplayer or MMO titles have long paths between areas, or jump gates. They are ways of making sure you are keeping every entity the individual may interact with on the same core. So what we do essentially is create a platform that lets developers build using standard tools still.

"So they'll be using the same game engines for running physics, for example, as well as the logic for building it, but it allows entities to interact across server boundaries and it does that by breaking up the work of maintaining the world, the entities in the world and the way they interact with each other across many cores in the cloud.

“Distributing the work of managing that and tracking interactions across many servers using a distributed cloud solution. This means potentially much larger worlds but also ones that are more detailed, ones that many more people can connect to simultaneously and interact with at the same time. And potentially worlds that have higher fidelity, so more realistic physics, for example. The work of managing the objects is done across many server cores.”

It may not be an intentional choice, but this tech is helping a new generation of MMOs come to the fore. As mentioned earlier, Bossa Studios and Spilt Milk have managed to create worlds way beyond what relatively small teams are normally capable of creating. SpatialOS has allowed Bossa, for example, to create a persistent world for World’s Adrift.

“Obviously the teams making the worlds are the developers. Certainly, I think trying to do what Worlds Adrift or Lazarus are doing with a playing area that is tens of thousands of kilometres square and having a persistent world would be very difficult to do without us. Certainly, we provide a way for smaller teams to build and iterate at scale very effectively.

“The applications go beyond MMOs. It's interesting seeing people make simulation games, Civilization type games and there are possibilities with MOBAs projects, too, for example. You could have a MOBA with thousands of people. That would be an interesting game design challenge. Also higher fidelity things like action titles. Game designers might look at SpatialOS and try and figure out the possibilities for the kind of game that they like making. That's really exciting.

"We're very lucky to have some very talented developers working on the platform who are creating some really interesting projects. But yeah, we would love to see that continue of course.”

“There are technological differences, and we are doing different things. But I totally understand the comparison you are making and there's a lot of truth in it,” Griffiths says.

“One of the things you can do with SpatialOS is build a prototype and iterate with a very small team. You can do that without hardware and infrastructure costs, without needing to have expert net-coding expertise. Small teams can start ambitious projects in SpatialOS and there are things we do to facilitate that. We do think that even very large projects start out with small core teams almost always.

"A triple-A project starts with a few people in a room planning out ideas and checking feasibility. The ability to create a prototype and proof of concept is actually very powerful in that situation as well.

“Developers who download the SpatialOS SDK have immediate access to what we call a sandbox area. This is a free number of cores that they can develop on, export to and run prototypes on for free. We don't currently charge them for any of that usage. You can build your prototype without there being any financial costs. Game engines have looked at ways of doing this as well; increasing access to the platform.

"Then we also have the SpatialOS Games Innovation Programme which is something we have set up with Google Cloud. We're looking to work with up to 100 projects in the first year. Obviously there are different needs. That could be 100 very small projects. Each project selected will get access to the subsidies to their cloud usage and their SpatialOS use. That will to a significant extent cover many use

"That will to a significant extent cover many use cases, will completely cover the cost of development. That goes up to when the game is released. That's an ambiguous term these days but [we mean] when it's monetised, so when it's available for retail release, or when it has in-game payments.”

It’s clear that Improbable has some big plans, and that the tech sphere thinks it’s destined for great things. Earlier this year, Softbank led a round of Series B funding that netted Improbable $502m.

“This is a platform that has many possible applications in the games space. Not every game will be perfectly suited for SpatialOS but we have ideas for what kinds of games would work well.

“As more people try out more things we'll get a clearer picture and developers can get a clearer picture of how to build a game by using the platform. We want to get more people onto the platform and more people developing, more partnerships – our deal with Jagex was announced earlier this year. They have some tremendous IP, great experience of multiplayer games. They have been doing online multiplayer for 15/16 years so we're really excited by that.

“And obviously we want to keep building and making the case for SpatialOS as a platform.”

Improbable is teaming up with French game developer Darewise Entertainment