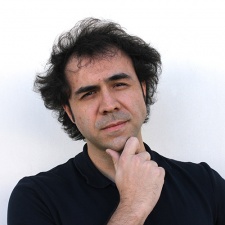 Founded in 2011, California's Yacht Club Games is best known for indie smash hit Shovel Knight. The game launched onto Kickstarter in May 2013, with 14,749 backers putting in a combined $311,502 to the crowdfunding campaign for the retro-themed Shovel Knight. That project hit shelves in 2014, with a number of expansions following in the years after. To date, the Shovel Knight franchise has shifted over two million units.

Then in 2016, Yacht Club published Azure Striker Gunvolt: Striker Pack, before revealing in March 2019 that it was launching Cyber Shadow from developer Aarne Hunziker.

Why get into publishing?

The simple answer is we want more great games out there, and we have the capability to help. Self-publishing Shovel Knight was arduous. It was the right choice for us, but it was an inordinate amount of work. Once we had our pipeline set up, we thought it would be wise and maybe even profitable to extend it to other developers. Our game dev experience could also help improve games still in development.

What are the biggest lessons that you have taken away from your time self-publishing Shovel Knight?

We’ve discovered how tough a job publishing is, and we’ve had to work hard to develop that arm of the company. Sometimes, creating the game only feels like half the battle. We’ve learned that it pays to be respectful of players and everyone in the industry, and to be tenacious and to hold our ground! For instance, we have chosen to keep the price of our game stable instead of deeply discounting it, a choice that we could not make on our own before. We have also worked diligently to honour our commitments from our initial Kickstarter. We’ve tried to own our mistakes and to improve and strengthen every time. As a result, Shovel Knight’s sterling reputation and long-tail has given us the resources we needed to make our games better and expand the company.

What kinds of games are you looking to publish?

We’d probably publish anything as long as we thought it fit with our sensibilities and we could help it become a success. So far our games have all been pixel, but that is just by chance. Our hearts lie with games that have a crafted feel. We like games with honed visuals, considered gameplay, and memorable characters.. the kinds of games that we strive to make ourselves.

How have you invested in your publishing business? Is it a case of you've already hired folks to handle this business for Shovel Knight and they can help with publishing other games as well, or have you had to staff up this part of Yacht Club?

Publishing other titles was a natural extension after our experience with self-publishing Shovel Knight. Our ambitions grew in tandem with our team, and we’ve been able to handle it ourselves so far. We’ll continue to staff up to help if we have more concurrent projects, but we don’t want to create a wall between development and publishing. We think feedback and buy-in from the whole YCG development team is really important.

We offer all of the above, but it really depends on the project. We can provide funding to help the game get done, and we’re flexible with arrangements. We’ll help with porting games to another platform or passing lot check certification. We can help with physical or digital distribution; either or both. Some games we’ll bring to trade shows like E3 and PAX if they wouldn’t have otherwise been there. We’ll introduce devs to all of our merchandising and platform contacts. Sometimes, the whole team sits down and plays the game, writes feedback, and takes a more active role in development. We can help polish up a demo or polish up the message you’re sending to players as a developer. Sometimes we create marketing materials and illustrations, trailers, and banners. And of course, we just love to see our characters appear as cameos in the games we publish!

As a publisher, we want to have a small, special selection of games that all fit under our unique umbrella. Yacht Club Games has worked really hard to maintain a reputation for great quality, so we’re mostly just looking forward to expanding our family and publishing a variety of best-in-class games!