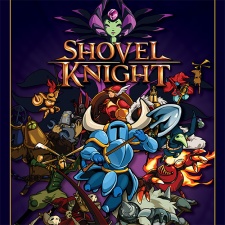 Developer Yacht Club Games has revealed that its retro platformer Shovel Knight has sold two million copies since its 2014 release 26 months ago.

In a detailed sales breakdown, the studio shows that 24.4 per cent of total sales were on PC, with a small percentage being on Mac, on top of that. This means that over a quarter of Shovel Knight sales are on PC, most likely.

The bulk of sales have been in America, which accounts for 67.6 per cent of users, with Europe following with a 22. 5 per cent portion. On PC, 55.9 per cent of users were American, and 23.1 per cent from Europe.

The firm also gave an update on how the DLC campaigns, Plague of Shadows and Specter of Torment, have performed. Yacht Club has been open about the fact that the former was "not worth it" financially, spending more than $1m on development only to make a return of... nothing.

By contrast, Specter of Torment actually made back 25 per cent of its $1.5m budget, so while better than Plague of Shadows, that's not a profit for the studio.