Why GameMaker firm YoYo is getting into indie games publishing 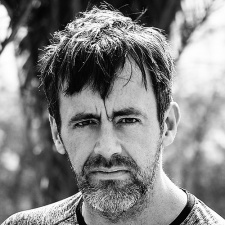 GameMaker Studios is the tech behind such hits as Hotline Miami, Hyper Light Drifter and The Swords of Ditto. For years, the tech firm has been helping smaller developers get their ideas out there and into the market.

But now the tech outfit's parent company - YoYo Games - is looking to further help indie developers with the announcement of a brand new publishing arm. We caught up with publishing manager Chris Trewartha to find out more.

What was the thinking behind this new indie publishing arm?

We're in a unique position. What YoYo has now which it didn't have in the past is all the advantages of being a small company that developers already have a relationship with - we have the technical know-how, the commercial know-how from the team here. We can look at games and see if they require some optimisation and so on that can help developer really get the most out of games. Then we're also owned by PlayTech, which gives us the market clout to compete. If your game requires that, then we can help out, which might not have been the case in the past.

It's a good question. There has been a slight transition - the team has brought in some new hires, including myself, to give a different perspective, so it could simply be a personnel thing. It could be to do with GameMaker 2 being the focus for quite a long time. As a company that's been quite focused on its tech previously, maybe some of the other things that we could have been doing were things the company just wasn't able to do. Now, we have an opportunity to step back and see what's required, what the best move for the company is.

What are you offering developers?

The pitch on the publishing side is we are helping out with marketing and PR and so on. We are helping developers find an audience. We're quite traditional in that regard, I guess. If required, we are in a position to look at the technical side and help with the porting process as we have relationships with all the platforms. In terms of funding, that's not the first thing we're looking at, because there are quite a few games out there that are already closer to launch and those projects are our first port of call. I wouldn't rule out funding in the future, but it's not the first place we're looking.

Are you only working with GameMaker developers?

It's only GameMaker developers at the moment. That makes sense, in terms of everything I've spoken about already about helping people find an audience and amplifying their game. And again, we have the technical know-how so it makes sense to keep it within the GameMaker community.

What sort of projects or teams are you looking to work with?

My background is development so it's certainly something I'm interested in, how you can work with a team. Some things you look at and you know the team can handle it and you want to give them the freedom to do what they want; others you look at and think if you can pair them up with someone else, then it'll be better than it was so we'll pitch in that regard. The overall knowledge of the community affords us some opportunities. In terms of the type of games we're after, we're looking for a mix of creative capability, which makes us excited about what people are achieving with GameMaker, as well as commercial viability, where the team are thinking about it in that regard; about how they're going to find a large audience and so on. If we can find a blend of those two things, we'll be in a good place.

How long will it be before we see products you have publishing hitting the market?

Really it depends on what comes in. We've been talking with some teams. There's really nothing holding us up. We're already a company with a live product that puts updates out and we're battle ready. We're working with PR and so on. There are no games immediately in the works, but there's also nothing holding us back. The announcement yesterday was really to build awareness that we're doing this and encourage them to come say hello.

What sort of impact do you think that GamerMaker has had?

I come from an engineering background and what I've observed from GameMaker is that it allows creative guys to get their vision out without having too much technical expertise. It lets them get their game together fast, make their vision a reality and do that in a cross-platform way with a good community. Something that's been surprising to me since joining is seeing just how engaged these teams and how willing they are to help each other. That's maybe one of the strongest things we have going.

What's the ambition for the publishing arm?

I hope that we find a way to bring exciting people to market, to make them more of a success than they would have been without us. I want this to be a long-term thing so I have to make sure that the decisions that we make and the games we promote are right and that means it's an on-going service alongside GameMaker itself. The two of them going hand-in-hand. There's some natural synergy there and I need to be thinking about both of these arms of the company in terms of long-term support and viability.