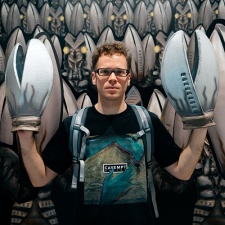 But as of 2016, the Japanese firm started releasing games on PC, starting with the first entry in the Danganronpa series of visual novels, which hit Steam on February 18th, 2016. Since the company has released another eight projects. We caught up with community manager David Kracker to find out more about the company's PC strategy

Why did Spike Chunsoft start publishing on PC?

For the same reason that most internal projects get green-lit; because we hadn’t tried it before. The PC market was a completely unexplored space but luckily we had a reliable navigator in the form of Abstraction Games, a porting company we worked with on the Japanese release of Hotline Miami. They did a bang-up job on our first two releases, the ports of Danganronpa: Trigger Happy Havoc and Danganronpa 2: Goodbye Despair, so we were able to start off on the right foot.

How would you say releasing games on Steam has gone so far?

Working with Steam has been a positive experience all around. On a community level, the forums provide direct feedback from users. Meanwhile, on the planning side, knowing we can expect PC sales on top of console sales gives projects more leverage.

How have titles like Danganronpa performed on PC versus their console counterparts?

With Danganronpa, the PC ports wouldn’t have been a success without the Vita versions: The Vita originals cemented the series as a cult classic, so the PC ports had an established player base the moment the Steam store page launched. This wave of positivity helped carry us until we got a good handle on the PC audience.

Recently there have been a number of visual novels that have gone to have success, such as Dream Daddy, Ladykiller in a Bind and Doki Doki Literature Club. Do you think games like Danganronpa is partially responsible for the revitalisation of the genre?

Danganronpa and other titles that challenge the boundaries of the genre helped establish visual novels outside of Japan as a quirky storytelling experience. Now that more westerners are familiar with the tropes, they can iterate and create their own take on the genre, which generates new fans curious to check out Japanese content, which drives sales so more niche titles get considered for localisation. A niche market in Japan is indeed small relative to the domestic market, but expand it to a global scale and now your pigeonhole can nest an eagle (or at least a large duck).

Creative director Tomoyuki Matsumoto has tried to produce a new Fire Pro game for the past decade, but his proposals were shot down every time. The domestic console audience alone simply couldn’t justify the project. But throw in the worldwide PC market and suddenly it all adds up. The main draw of Fire Pro is the create-a-wrestler edit mode, so with Steam Workshop support, the PC was a natural fit.

Also, this was our first Early Access title, and as I said earlier, we like to give experimental ideas the chance to prove themselves.

How would you assess the performance of that game?

It’s still too early to say. We expect Fire Pro to have a long tail. We left Early Access in December and plan to release the first piece of DLC, the Fire Promoter management mode, in February, to keep users on board until the PS4 release this summer. Buzz from the PS4 version will bring in new PC players and vice-versa. Matsumoto says he wants to keep creating content for as long as the game is selling, so we’ll see how far we can run the experiment.

Our first two years on PC saw a lot of ports and remakes. Moving forward, our focus is on publishing new titles and localising older titles that deserve an English-language release. Last December we became the western publishing partner for Mages, a Japanese developer with a strong PC backbone, and established a western branch office in California to expand our capacity. I’d go into more detail, but these bug trackers aren’t going to update themselves.

Reply
prudis
hope they will do Exist Archive on steam
Posted 2 years, 1 month ago