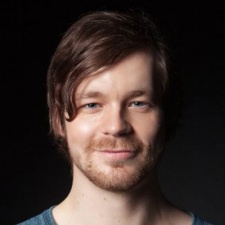 A few years ago, Coffee Stain Studios was.. well.. something of a joke.

In 2014, the Swedish studio released a trailer for its upcoming game, Goat Simulator. The project looked small in scale, a bit broken but had a fun premise at its core. We all chuckled at the silly video with the weird music and went about our business.

Then the game came out; to date it has sold over 2.5m copies on PC alone, come out on countless platforms and in total made more than $12m in revenue.

In 2017, the firm decided to branch out into games publishing, helping indie studios find their way. There’s some great talent on the team, too, with veterans of King, Ubisoft Massive and even Mojang joining this venture.

“Goat Simulator put us on the map in a way and it opened a lot of doors,” marketing man Albert Säfström tells PCGamesInsider.biz.

“For us, we became the studio that people wanted to hang out with. That game made more money than we thought it would. Those two things; our ability to leverage our contacts and also the fact that we had money to invest in different projects made publishing a really good fit for the company.”

With this side of the business, it seems that Coffee Stain is the boy done good - the indie that made it big who wants to give back to the community. Säfström says this is part of the reason, but also it makes financial sense.

“The original founders of Coffee Stain at the studio didn't want to grow really fast and eat up all the money that was going in. Investing in different projects makes sense,” he explains.

“For the publishing branch it's still early days. We'll see. But the studio is about 20 people now, which feels good for the location and the kinds of games they want to make.”

For the time being, Coffee Stain is taking it slow, only working with smaller teams and lower scale projects.

“If you look at the three projects we have announced, Deep Rock Galactic, a co-op, quite hardcore game, Huntdown, a retro pixel sidescroller and then it's Puppet Fever which is a party VR game,” Säfström explains.

“It's quite hard to pin down what kind of game things we are looking at. We really enjoy teams that are more than one-man indie out of university projects, but the size of the Deep Rock Galactic game feels perfect for us; we have a small team with experienced developers. At the same time, we don't to take on too many big projects either. We're all developers at heart so we want to feel this connection. It would feel strange to work with a studio that's bigger than our own studio.”

The indie publishing space is insanely busy right now, with new companies dipping their toes into the sector each and every day. But Säfström says that Coffee Stain’s development background helps it work with studios.

“For the Deep Rock Galactic team, we invested in their studio and we're publishing their game,” he says. “I know this is a cliche thing to say but we are more than a publisher. For us, it's really important that we feel this connection with the developers. We started out making our games, we're still doing that now, and that's what we want to bring. We don't want to be the people with the wads of cash. We're trying to go into projects where we think we have something to add besides money and marketing.”

Looking forward, the team is still trying to figure out its direction.

“We're having lots of discussions within the team now,” Säfström says.

“All of the games we have shown publicly will be released in 12 months. So, we hope they're big successes. We're also looking at what we want to be working with starting from six months from now. Exactly what that is, if we find something that we truly believe in and really love and if they want us as a publisher, then that would be great. I don't really know what that is right now.”