What Ubisoft has learnt from two years of Rainbow Six: Siege 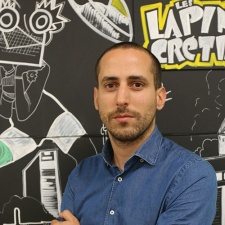 When Rainbow Six: Siege launched back in December 2015, it wasn’t exactly a smash hit.

Despite largely positive reviews, initial sales were certainly lower than many critics and industry analysts might have predicted. This was not helped by the Paris terrorist attacks from November of that year, which saw Ubisoft push the title back and reduce marketing due to its terrorist subject matter.

But now, nearly two years on, it’s hard not to see Siege as anything but a smash hit. In August, Ubisoft announced that the title had been played by 20m people. Not only that; 2.3m people play the tactical shooter daily.

“Siege is a new direction for the franchise; it's unique, which is important for the first-person shooter genre. We are happy to be continuing to support the game as much as possible.”

The title has become one of the headline names in the hugely popular ‘games as a service’ model that many titles have attempted to adopt. It’s been almost two years since the project launched, with Ubisoft learning a great deal during this time.

“The core focus of the game has been the multiplayer balancing and the team has been ready for that from the start,” Deniele explains.

“It’s important for an FPS game but even more so in the case of Rainbow Six: Siege, where we had a lot of content in mind for release post-launch. What is good is that the community have really got behind Rainbow Six, and we’ve been able to provide a lot of options for the player, such as the maps being free and the ability to grind to get new operators using in-game currency. You are choosing what option you want – if gamers want to buy the season pass, they can.

“Right now we are releasing content every three months and changing the meta of the game – for both normal gamers and the pro players.”

Adding in new content over time is a great way of ensuring that users play Siege for longer. It also means that things never get boring, with new characters, items and maps changing how consumers play. But there is a fine line between making exciting content and releasing updates that ‘break’ the game.

“Production leads the balancing but we are involving the community on many different levels,” Deniele says.

“For example, we have a lot of play tests for players who are there just to have fun with the game. Two months prior to the release of new content, we invite pro players to come in Montreal to test the new systems. We learn so much from the pro players, because they are really pushing the game. For us, it's like a stress-test for the content especially as how we balance the operators is so important.”

Given its competitive and online-focused gameplay, it should come as no surprise that Rainbow Six: Siege has become an eSport. In fact, the pro-gaming aspects of Siege have become wildly intertwined with the roadmap of updates that Ubisoft has planned.

“The eSports department has to work closely with the production team because as soon as you change the meta of your game for the pro player, it changes for everyone. You can't change for just the pro players because you have a lot of other people playing the game.

“In terms of eSports, introducing the new content at the same time as the Season finale helps a lot because as soon as the new season starts, the new operators are there and we are already changing the meta. It's a showcase for the new content. And the eSports side of things is pushing the game so far, we've seen new meta introduced into the game that even production team didn't know about.

“We'd find teams using crazy combinations of operators for their strategies, which in turn gives production inspiration for new operators.”

For the coming year, Ubisoft’s plan remains much the same as it has been until now; continue to improve Siege while growing the pro-gaming side of things.

“We are going to continue to learn from our community and will keep updating the game,” Deniele says.

“For eSports, we are going to introduce an Asian Pro League – not only is it a whole new region but I’m very excited to see Asian teams coming into eSports, especially as they tend to be pretty good.