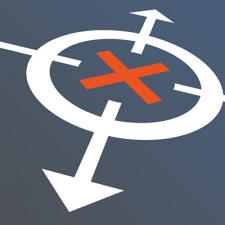 News of the deal was revealed on Twitter by the latter, though no figure has been placed on the acquisition just yet.

"It's a new era," Bulkhead wrote. "We are proud to be a part of Splash Damage. To be acquired by a developer of the games we grew up playing is an honour.

"Everyone at Bulkhead is ready to show the world what we’re capable of with the right partner.

Though it has only just been announced, it appears the deal closed quite some time ago. According to filings in September of this year with Companies House, Splash Damage became an entity with significant control in Bulkhead back in May, while both its CEO and co-founder Richard Jolly and COO Griff Jenkins were appointed as directors in August.

Incidentally, that's around the time that Bulkhead's partnership with Square Enix ended.

News of the acquisition came in the wake of news that the two companies were working together on a brand new Transformers title – Reactivate – which was unveiled at The Game Awards yesterday.

Bulkhead is a Derby-based studio which is best-known for shooters such as Battalion 1944, which has since been rebranded to Battalion Legacy.

Back in 2018, the developer set up a new studio in Munich.