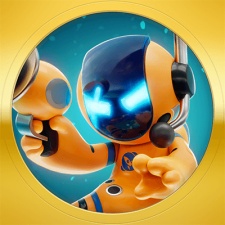 The closing of Stadia has had come knock-on effects for some of its developers.

In a post on Twitter, studio Splash Damage revealed that Outcasters, its release for Google's streaming platform, is going to be going down with the ship. The title was exclusively made for Stadia and, according to the developer, won't run on any other service.

"It is with a heavy heart that we inform you that we do not have plans to bring Outcasters to other platforms at this time," Splash Damage wrote.

"Outcasters was designed and built exclusively for Stadia, with many of its systems heavily reliant on the platform, significantly increasing the complexity of the work required.

"We still firmly believe that cloud gaming has a bright future in our industry, providing easier access to games than ever before, and we are encouraged to see that other platforms still champion the cause."

Google announced recently that its Stadia cloud games platform would be closing in January 2023.

Back in 2020, we caught up with Splash Damage and Stadia to discuss Outcasters.

Google is closing down Stadia