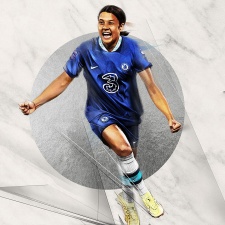 FIFA has once again enjoyed a record-breaking release.

The latest iteration in EA's football blockbuster was played by more than 10.3 million within seven days of its release on September 27th. That's a 13.2 per cent increase on the 9.1 million players that came into FIFA 22 in its first week last year.

There's no breakdown to indicate which platforms were most popular and so on, but FIFA 23 did debut in second place on Steam following its release, before dropping down to third the following week.

“The response from our fans has been nothing short of incredible, and we’re thrilled that our community is playing with their favourite players and teams across FIFA 23 in record numbers,” EA Sports FC' SVP and GM Nick Wlodyka said.

“With both the Men’s and Women’s World Cups, and exciting updates to our women’s club football content in game still yet to come, we’re just getting started on providing players with the most authentic and immersive experience yet.”

Earlier this year, EA ended its partnership with FIFA and is set to rebrand its football franchise to EA Sports FC.