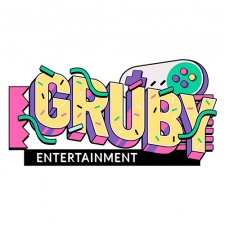 The firm has bought a minority stake in the studio, though no figure or percentage has been assigned to the deal. Tencent says that this investment will help Gruby grow and be the start of a long-lasting relationship. It has emphasised that the studio will still have creative control.

Gruby was set up back by veterans of Outriders studio People Can Fly and was revealed in May 2021. The company is set to release its debut title – cyberpunk shooter Deadlink – into Early Access later this month.

“Gruby Entertainment studio celebrates its second anniversary this month, and we cannot imagine a better acknowledgment of our work than maintaining a long-term relationship with one of the world’s most-significant and technologically oriented companies,” Gruby CEO Grzegorz Michalak said.

“It was always our goal to deliver high-calorie gameplay for hardcore players, and with Tencent's backing, we are provided with extensive know-how and many new opportunities to expand our team and scope of our games.”

A recent report suggested that Tencent was eying up more majority stakes in games companies in the near future.