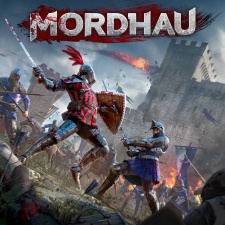 No figure has been placed on the deal; nor is there any indication of how much of the studio Tencent now owns.

Triternion is the developer behind medieval combat title Mordhau, which has shifted over two million copies since its release back in 2019 on PC. The game is coming to PlayStation and Xbox platforms in the future.

When it launched, Mordhau went straight to the top of the Steam charts.

“Tencent’s investment will allow us to keep building on the success of Mordhau and grow the game across other platforms," Triternion CEO Marko Grgurovic said.

"On top of this, it will help expand our team and accelerate the development and launch of new IP.”

Tencent has recently invested in FromSoftware of Dark Souls and Elden Ring fame, as well as Ubisoft via the Guillemot Brothers Ltd. This news also comes in the wake of the company's FanByte site laying off a large portion of its staff.