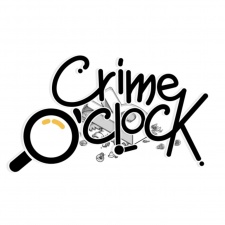 After three years it was finally time for our second home in Helsinki for Pocket Gamer Connects Helsinki. Of course, this also meant the return of the Very Big Indie Pitch. The Very Big Indie Pitch is our bumper edition competition where even more developers are able to pitch an ever-increasing range of brand new and diverse gaming experiences from some of the most exciting indie developers, not only from across the globe.

As always, the developers gave it everything they had in order to walk away as the winner. An award that was eventually bestowed upon Bad Seed's Crime O'Clock. Though it is certainly worth highlighting how well received our runner-ups Lempo and Mineral Madness were. Want to know more? Well luckily, you can learn more about all three games right here.

Crime waits for nobody in Crime O'Clock. As players must prevent crimes before they even occur in this investigation and time exploration game with an immersive and engrossing narrative. Utilising multiple time eras alongside point-and-click narrative-focused gameplay, players must step into the shoes of a Time Detective, before exploring crime through the lens of time.

As you might imagine, given the time element, these crimes range from the classic to the extremely modern and include hacking, murder, theft, and much more. However, as you solve these crimes you'll soon learn that that there may be something more at hand here, as a trend between these centuries apart crimes begins to appear. One that cannot be a simple coincidence.

In this Finnish mythology-inspired horror game, players step into the shoes of Paul, a normal 9-5 kind of guy who has found himself lost in a forest after another seemingly normal day. However, as you try to escape Metsänpeitto, you'll soon learn there is nothing normal about this place. In fact, you're not the first to be trapped here.

Utilise what little items you do have, learn as much as you can, and avoid the horrors before you and you might be able to escape from this malevolent forest and return to your peaceful life.

Mineral Madness is a procedurally generated multiplayer game for up to 8 players set in a completely destructible cave system. Grab those bombs and start breaking down that cave, as in order to win, you'll need to collect as many minerals as possible, all whilst effectively utilising power-ups, avoiding environmental hazards and stopping your fellow players from doing the same.

Dracma Studios looks to reinvent the classics through Candle Knight