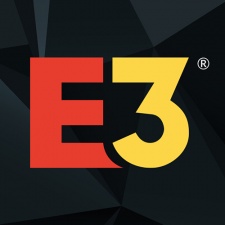 LA trade show E3 is returning in June 2023 with a new schedule.

The venture is being produced by EGX firm ReedPop and will have days for both business and gamers during its four-day run. E3 2023 will be taking place between Tuesday, June 13th and Friday, June 16th. The first three days will be Business Days, which is when the traditional E3 happenings of buyers meeting publishers and so on will occur. On Thursday and Friday, consumers will be allowed into the LA Convention Center to get hands on with upcoming releases.

Though E3 has allowed gamers into the show in recent years, this new set up is much more reminiscent of Germany's Gamescom.

“E3 is one of the global gaming industry’s few opportunities to come together, unite as one loud voice, and show the world what it is creating,” said Kyle Marsden-Kish, ReedPop's VP of gaming.

“Our vision is to reunite the industry by re-establishing the traditional E3 week, bring back that spark, and restore E3's role as a truly magical global showcase event for game creators and consumers.”

Word that US video games trade organisation the ESA was partnering with ReedPop for E3 2023 broke in July.

The ESA partners with ReedPop to run E3 2023