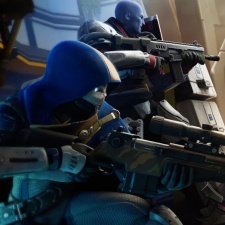 Sci-fi shooter Destiny 2 has made its way to the Epic Games Store.

The news was revealed during yesterday's Destiny 2 Showcase, with the game making its debut shortly afterward. Developer Bungie and Epic are also teaming up to promote the game with cosmetics from Destiny making an appearance in both Fortnite - as of now - and Fall Guys, starting on September 17th.

"When we started talking about launching Destiny 2 on the Epic Games Store, the goal was to make the game even more available to people all over the world, no matter what platform they preferred," editorial manager Richard Barrick wrote on the PlayStation Blog.

"But as soon as Bungie and Epic started talking, they realized they were huge fans of each other, and things started snowballing."

This comes almost three years after Destiny made its debut on Steam in the wake of Bungie parting ways with Activision Blizzard.