Activision Blizzard is trying to have court dismiss DFEH lawsuit 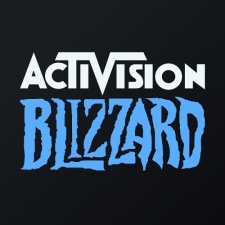 US publisher Activision Blizzard has filed to have the lawsuit brought against it by California's Department of Fair Employment and Housing (DFEH) thrown out of court.

As reported by VentureBeat, the Call of Duty maker has told the Los Angeles Superior Court dismiss the case, claiming that DFEH not only failed to properly investigate claims ahead of the lawsuit. Activision Blizzard also says that the state body did not negotiate a resolution and has damaged the publisher's reputation with this suit.

“We are moving to dismiss the DFEH’s Complaint because the agency violated its own rules, acted in bad faith, and undermined its authority to file this lawsuit,” the publishing giant said.

“Our motion comes just days after we joined the EEOC in opposing the sixth attempt by the DFEH to disrupt the federal settlement reached with the EEOC that already is helping Activision build a better and more inclusive workplace and providing relief and closure to current and former employees.”

DFEH brought its lawsuit against Activision Blizzard in July 2021, claiming that the games publisher boasted a toxic working culture. Since, other lawsuits have been filed against the company, including the aforementioned case from the Equal Employment Opportunity Commission (EEOC), which was recently settled for $18 million.

Humvee maker is suing Activision over Call of Duty success