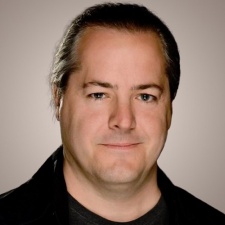 The president of Blizzard J. Allen Brack (pictured) has stepped down from his position at the company.

The news was revealed at the literal very end of a press release to investors from Activision Blizzard president and COO Daniel Alegre, which makes zero mention of the lawsuit from California's Department of Fair Employment and Housing which has made some startling allegations about the company's working culture.

Replacing Brack at the head of Blizzard are new co-leaders, Jen Oneal and Mike Ybarra. Oneal was previously the head of Activision's Vicarious Visions studio, which became part of Blizzard in January of this year. Following that, she was promoted to EVP of development at the company.

Ybarra, meanwhile, spent 20 years working at Microsoft and moved to Blizzard to be its new EVP and GM in October 2019.

Brack had worked at the company for 15 years and was promoted to president in 2018, replacing co-founder Mike Morhaime. He was one of only two people directly named in the aforementioned lawsuit, being accused to failing to do anything about reports of misconduct at Blizzard.

"Jen and Mike will share responsibility for development and operational accountability for the company," Alegre wrote.

"Both are leaders of great character and integrity and are deeply committed to ensuring our workplace is the most inspired, welcoming environment for creative excellence and to upholding our highest game development standards."

Brack's departure comes in the wake of the aforementioned lawsuit that detailed accusations of a working culture that entailed harassment, abuse and misconduct at Activision Blizzard. The company has denied these claims.

Execs at Activision Blizzard had a mixed response to the allegations; Activision boss Rob Kostich and Brack both expressed shock, while EVP of corporate affairs Fran Townsend came out swinging, saying that that the lawsuit presents "a distorted and untrue picture of our company" and that some of the stories it mentions are "factually incorrect, old and out of context."

Since, CEO Robert Kotick has described its initial response as "quite frankly, tone deaf" and said that it has brought in law firm WilmerHale to review its HR policies.