Humvee maker is suing Activision over Call of Duty success 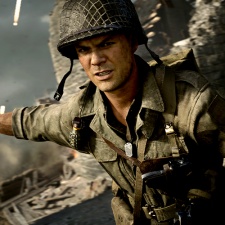 AM General, the maker of the Humvee military vehicle, has filed a suit against Activision Blizzard claiming that the firm is “reaping in billions of dollars” by using its property in the game.

In a complaint filed earlier this week at the US District Court in Manhattan - as reported by Reuters - AM General has accused the game maker of taking advantage of its goodwill and reputation by featuring the Humvee and HMMWV vehicles in its games, as well as through toys and books.

The success of the Call of Duty franchise - which has sold more than 250m copies since its 2003 debut and generated more than $15bn in revenue - has come “only at the expense of AM General and consumers who are deceived into believing that AM General licenses the games or is somehow connected with or involved in the creation of the games,” AM General claims.

Activision has declined to comment, saying it does not discuss pending litigation.

We at PCGamesInsider.biz are not exactly a legal authority, but it’s hard to view this as anything other than a fishing trip. It would be hard to claim that a game played by millions around the globe is solely down to a military vehicle.

More of this case as it develops.