Amazon and The Rock back It Takes Two movie adaptation 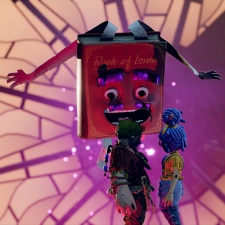 The movie adaptation of It Takes Two looks closer to becoming a reality.

That's according to Variety, which reports that Amazon is going to be handling development of the project. Dj2 Entertainment is set to produce the film, alongside Dwayne Johnson, Dany Garcia, and Hiram Garcia on behalf of Seven Bucks Production. Johnson – aka The Rock – could also be starring in the movie.

The writers of the Sonic the Hedgehog movies, Pat Casey and Josh Miller, are set to pen the script, too. This comes in the wake of reports of It Takes Two coming to film or TV in January of this year.

It Takes Two is the latest project from Hazelight Studios. To date, the game has shifted over two million copies.

It hasn't all been good news though – Rockstar parent Take-Two has objected to an It Takes Two trademark application, for fairly obvious reasons.