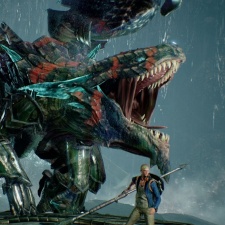 Platinum Games vice president Hideki Kamiya has said that he is "totally serious" about reviving the cancelled Scalebound.

The chief game designer told IGN Japan last week that he wants to have discussions with publisher Microsoft about resurrecting the project. Speaking to VGC, Kamiya said that he would like to see Scalebound through to the end.

“I think it’s really strange because, to be honest, I’ve been in a lot of interviews since the project ended and I feel like I’ve said many times that I’d love to be able to bring it back,” he said.

“Having gotten somewhere with it, as a creator I’d like to see it to the end. And I hear fans saying they really want to play that game, which is too bad, and I want to give that to them when I hear that.”

He continued: “That’s something that I thought I’d been saying, or I’d been trying to say for years now. I’ve said it in interviews before and gotten no reaction, but now finally I got a big reaction, and I was glad to see that. But no, it’s not a joke: I’m totally serious about it, yeah.”

Scalebound was announced back in 2014 but was cancelled in January 2017. In 2019, Platinum boss Inaba said that he felt Microsoft bore an unfair share of the blame for that project being axed.

PlatinumGames is looking to explore new genres and styles of play