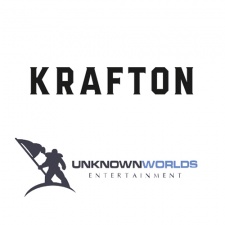 Korean games giant Krafton has said that it is buying developer Unknown Worlds.

The firm revealed the news on its website, saying that the Subnautica studio would still continue to operate as an independent developer. In other words, it's unlikely that Unknown Worlds is going to be given a Krafton rebrand.

The deal values Unknown Worlds at 585.8 billion won ($500 million), with the firm able to earn an extra 292.2 billion won (roughly $250 million) depending on performance.

“Krafton will spare no effort in helping them. Not only do they enhance our development capabilities, but we share a goal of creating unique experiences for global audiences.”

Unknown Worlds CEO Charlie Cleveland added: “It was immediately apparent how closely Unknown Worlds and Krafton are aligned in the way we think about games and game development. Subnautica and PUBG both started humbly and evolved successfully through constant iteration and feedback. We want to bring new games to the world stage – and with Krafton, we’re a big step closer. We’re truly looking forward to our future together.”

Since its release, Subnautica has sold more than five million copies.

Krafton is best-known as the company behind battle royale behemoth Playerunknown's Battlegrounds. The firm went public in Korea back in August.