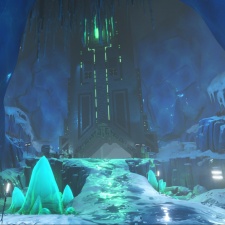 Subnautica emerges from a harsh winter at the top of this week’s Steam Top Ten.

Below Zero brings an icy chill to Unknown Worlds’ underwater adventure, with the original game itself hitting No. 8 in this week’s chart. Like Subnautica, Below Zero is being treated as a work in progress by its developers and currently only sports a small fraction of the intended final feature set.

That hasn’t stopped the iceberg crashing Resident Evil 2’s maiden voyage. Despite record-breaking success for the franchise, Resident Evil 2 and its Deluxe Edition settle for second and third this week.

Ace Combat 7 soars into Steam’s stratosphere this week, up six places to nail No. 5, just below Playerunknown's Battlegrounds. Ace Combat's Deluxe Edition completes the formation close behind, taking No. 6.

A departure from Chucklefish’s more mundane Stardew Valley, Wargroove reimagines Advanced Wars’ strategy to secure a spot at No. 7 on Steam this week.

It’s a surprise to see Metro: Exodus close out the week’s chart at No.9 - the game is now unavailable for Steam players who hadn’t preordered prior to the game’s removal from the platform thanks to an Epic exclusivity deal.

Below is the Steam Top Ten for the week ending February 2nd.