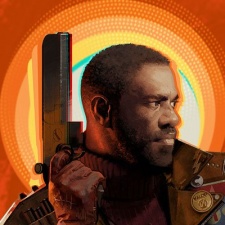 The time-looping shooter from Arkane Lyon made its debut on September 14th and has been a strong seller thanks to promising reviews and being one of the first "next-generation" console titles to launch on PC. Deathloop has sold well despite wide reports of performance bugs within the immersive sim.

The pre-order version of the game was the third highest-selling game of the week. Deathloop was initially set to launch in May but was bumped until September.

Rather hilariously, despite Microsoft having bought Bethesda parent ZeniMax Media for $7.5 billion, Deathloop currently isn't available on Xbox consoles due to a previously-agreed console exclusivity for Sony's PlayStation 5.

Valve's Index VR Kit charts at No.8 while pre-orders for Amazon's long-in-development and much-delayed New World returned to the Top Ten in ninth place ahead of the MMO's launch on September 28th.

Finally, Valheim makes a return to the Top Ten following the release of the Hearth and Home expansion on September 16th.

Here is the Steam Top Ten for the week ending September 18th: