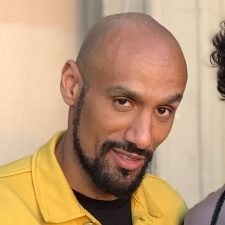 Dinga Bakaba, the co-director of recently-released Deathloop has been promoted to the head of developer Arkane Lyon.

As spotted by VGC, Bakaba was appointed studio director in October of this year following his predecessor, Romuald Capron, departing in September. The Deathloop co-director is also still co-creative director, a position he was promoted to in June 2017.

Bakaba joined Arkane back in 2010 as a systems designer and associate producer for Dishonored. From there he rose to be lead designer and producer on that title's sequel before being promoted to game director and co-creative director in 2017.

Deathloop launched in September 2021 for PC and PlayStation 5. That's despite the fact that Xbox maker Microsoft acquired Bethesda parent company ZeniMax Media earlier this year in a deal worth $7.5 billion. Arkane is a Bethesda studio, but Deathloop was already sealed as a PS5 exclusive, so won't be coming to Xbox platforms until at least September 2022.