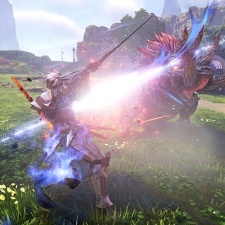 The latest entry in Bandai Namco's long-running Tales of series, Arise, shot to the top spot on Steam last week.

The RPG made its debut on September 9th and makes not one, not two but three appearances in the charts. Tales of Arise is reported as the No.1 seller of the week, as well as the second-highest. Meanwhile, the Ultimate Edition came in at No.6. Pre-orders for the game were the eighth best-selling game last week.

RPG title Pathfinder: Wrath of the Righteous from developer and publisher Owlcat Games drops one place to No.3, as does Naraka: Bladepoint, which falls to fourth. No Man's Sky rises up four positions thanks to the recently released Frontiers update.

Basketball game NBA 2K22 appears at No.7 following its launch on September 10th, while Battlefield V from EA drops from the top spot last week to No.8. Life is Strange spin-off True Colors makes its debut at ninth, while Red Dead Redemption 2 rounds off the Top Ten thanks to a 33 per cent price cut.

Here is the Steam Top Ten for the week ending September 11th: